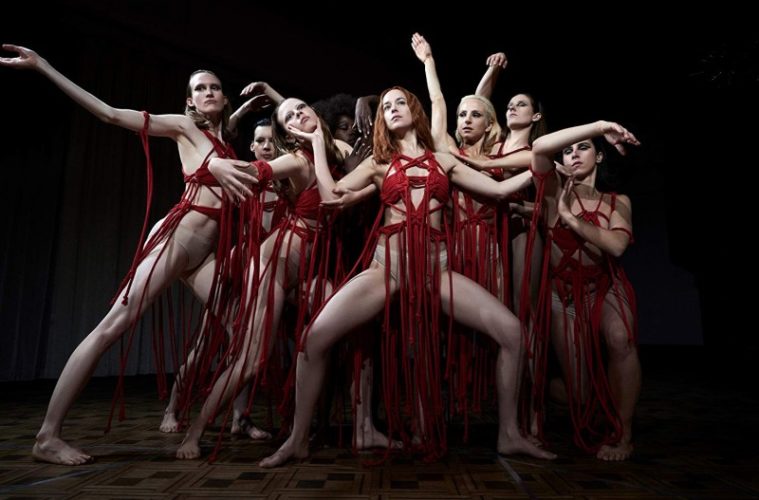 After hearing about a handful of festival titles for at least the past month (and perhaps beyond), a number of much-acclaimed films arrive in October alongside a few essential documentaries, and more. For the better half of the month we’ll also be continuing to cover the 56th New York Film Festival and one can our reviews here.

It’s been too long since Drew Goddard’s inventive debut The Cabin in the Woods, but thankfully the director is returning this month. Bad Times At The El Royale follows a group of shady characters–played by Chris Hemsworth, Jeff Bridges, Cynthia Erivo, and more–as they descend on a rundown hotel in a 1960s California. Reactions were divided upon its first festival premieres last week, but after his debut, we’re all in when it comes to entering another Goddard universe.

After touring the festival circuit for over a year, one of the most authentic dramas I’ve seen in 2018 will arrive this month. C.J. Prince said last year, “Antonio Méndez Esparza’s sophomore feature is a social realist triumph, and one of the year’s true hidden gems (it came and went quickly during the fall festival circuit, where only a handful of critics caught it). Taking place in northern Florida, it follows single mother Regina (Regina Williams, one of the year’s best performances) as she tries to hold down a job at a diner, deal with her rebellious teenage son, and raise her four-year-old daughter while trying to stay afloat. Esparza directs with a simple approach, keeping the camera locked down and providing brief impressions of his characters’ lives to evoke the daily struggle of their existence (the editing, using elliptical cuts to emphasize the way characters inhabit spaces over temporal concerns, is phenomenal).”

Winner of the World Cinema Documentary Directing Award at this year’s Sundance Film Festival, Sandi Tan’s documentary follows the director revisiting her past as she embarked on shooting a film back in the early 90s in Singapore. However, the footage was stolen and the film never came to be. Dan Schindel said in his review, “Tan compares shots of buildings once under construction to the finished structures, or to now-shuttered locations, or to things that have replaced what once was there entirely. People age or de-age in a blink; reminisce becomes a dialogue between what one dreams for themselves and what they actually become. It evokes legitimate wistfulness for the movie that could have been; Shirkers might not have been a masterpiece, but from the footage it looks well-shot, compelling, and imaginative.”

Another Sundance winner finally arrives this month. “The Guilty is an exhilarating, minimalist thriller that effectively sinks its hooks in, despite its bland, melodramatic title. In the vein of Locke and My Dinner with Andre, it isn’t exactly a one-man show fronted by Jakob Cedergren, but works as well as it does thanks to director Gustav Möller’s taut editing, voice cast, and sound effects that create a haunting scene halfway through the film without a drop of onscreen blood,” John Fink said in his review.

After working with a number of accomplished directors, from Martin Scorsese to the Coens to Quentin Tarantino, Jonah Hill makes his directorial debut with Mid90s. Jared Mobarak said in his review from TIFF that although the film can ring hollow, “Suljic is an absolute delight with an infectious smile oozing the sort of authenticity you generally only see in reality. I loved his excitement whenever crossing the threshold of another act for which he’s way too young because he lights up like he probably hasn’t in years.”

After impressing with her debut The Diary of a Teenage Girl, director Marielle Heller is back with Can You Ever Forgive Me?, following he bizarre real life story of Lee Israel, a down on her luck writer who begins forging letters from famous Hollywood stars and selling them with the help of her conniving friend. Jared Mobarak said in his review, “McCarthy and Grant’s rapport in these roles cannot be beat. Their caustic wit is mutual so each biting takedown is either appreciated or met by another in return. While there’s obvious affection at the back of this, however, you can’t ignore how insecurity drives their personas.”

Despite our intrigue when Danny McBride and David Gordon Green signed on to offer their take on the Halloween franchise, there’s no telling what the final product might end up looking like. Thankfully, the horror franchise looks to be back on top, according to our review from TIFF, courtesy of Josh Lewis: “It’s this mostly unspoken perversity of isolation and inherited violence that makes Halloween sing. 40 years of stewing, infected by Michael, have made Laurie unhinged, the history and sorrow in Curtis’ eyes doing more than any of the writing to evoke this.”

One of our favorite discoveries at this year’s Cannes Film Festival was Ali Abbasi’s fantasy tale Border. Adapted the from a short by John Ajvide Lindqvist, who wrote Let the Right One In, Sweden’s Oscar entry follows a border guard who has a unique ability, but things change when she comes across a peculiar man. Before winning the top prize in its Un Certain Regard section at Cannes, Rory O’Connor said in his review, “This delightfully grungy and ethereal contemporary horror from Iranian-born, Denmark-based Ali Abbasi concerns a romance between two creatures who happen to be feeling out those opposite warring sides. One is attempting to satisfy a craving for love while the other indulges the violence (incidentally, could Abbasi’s debut Shelley be named for the 19th century writer?). Border, like Frankenstein, is a work about the “Other” and how that Other might operate if it was raised against its nature, only knowing human society.”

Over a decade since her remarkably observed and authentically acted The Savages, writer-director Tamara Jenkins makes her long-awaited return to Sundance and feature filmmaking with Private Life, a generous, graceful, full-hearted drama about the complexities of desiring a child when your physiology denies you at every turn. Lest one thinks this is a somber look at such an intimate journey, Jenkins imbues an immense amount of humor and relatability without ever hitting a false note. Read my full review.

Destined to be a fall season darling. Bradley Cooper’s directorial earned much acclaim following its Venice and TIFF premieres, including our own. Leonardo Goi said in his review, “The plot enters autopilot mode in a matter of minutes, and that Cooper’s work does not strike as trite is a miracle of sorts. But credit for A Star is Born‘s heartwarming aura is owed less to Cooper’s own directing (assured and judicious a debut as it may be) than to the freshness and credibility brought by his fellow superstar. Believe the pre-premiere hype: Lady Gaga is nothing short of extraordinary.”

After reaching a new echelon of global recognition with La La Land, Damien Chazelle used his clout to launch Ryan Gosling to space. Leonardo Goi said in his full review, “At once cosmic and domestic, the director’s La La Land follow-up zeroes in on a man struggling for success with an unshakable, otherworldly willpower. In that, First Man is unmistakably Chazelle: Gosling’s Neil Armstrong fits nicely in the universe of career-driven, uber-determined workaholics the 33-year-old director has been following since Whiplash. But in its tragic undertones, complex psychological edifice, and claustrophobic visuals, First Man stands out, in both content and form, as a remarkable, jaw-dropping departure from anything Chazelle has previously made.”

Already proving quite divisive in The Film Stage office, Luca Guadagnino’s Suspiria is clearly an entirely different beast than Dario Argento’s original, which should make room for much discussion when it arrives in NY/LA at the end of the month before a wider release in November. Rory O’Connor said in his review, “Luca Guadagnino does a lot of things very, very well. Indeed, it is hard to think of a working director more adept at capturing the tactile delights of stuff like touch; taste; swimming pools; seduction; fabric; desire; food; dance; rich people; Tilda Swinton; Tilda Swinton eating; Tilda Swinton dancing; Tilda Swinton swimming; and so forth and so on. One thing he does not do so well, perhaps, is horror. But that might not matter so much when it comes to Suspiria, his 1970s- and Berlin-set reimagining of Dario Argento’s justifiably adored masterwork of the same name.”

Perhaps the greatest living filmmaker, in the sense of the breadth of the human experience he’s captured on film, Frederick Wiseman, at 88, is continuing his prolific search of new subjects and places. With his latest, Monrovia, Indiana, he’s keying in on small-town America. Rory O’Connor said in his review, “Veteran filmmaker Frederick Wiseman adds a quaint but important little chapter to his great oeuvre with Monrovia, Indiana. It’s 143 minutes long, which is about the equivalent of an EP by the octogenarian’s standards, however running time is not exactly the most significant or intriguing departure Monrovia represents from Wiseman’s more recent output.”

“I feel like I need to wake up, but I don’t know what from… or to,” Carey Mulligan’s Jeanette declares to her teenage son Joe (Ed Oxenbould) in Wildlife, Paul Dano’s remarkably assured, thematically rich directorial debut. The haze Jeanette finds herself in is due to her husband Jerry (Jake Gyllenhaal) having abandoned them to fight a wildfire close to the Canadian border. The absence of a patriarchal figure in their family, who have recently relocated to small-town Montana, leads to Jeanette discovering newfound, untidy emotional independence and her son is there to witness the protracted, quietly devastating unraveling of a marriage. Read my full review.

One of the most gloriously enigmatic, masterfully-directed films of the year comes from Poetry and Secret Sunshine helmer Lee Chang-dong, who makes his return after eight years with Burning. The director’s adaptation of Haruki Murakami’s short story “Barn Burning,” starring Yoo Ah-in, Steven Yeun, and Jeon Jong-seo is also South Korea’s official Oscar entry. Rory O’Connor said in his review from Cannes, “Murakami is not a writer who lacks for a sense of humor, but one gets the sense he might not exactly have been leaning towards something quite so abruptly farcical when he wrote”Barn Burning.” However, depending on your devotion to the writer, that might prove a compliment. Lee is nothing if not a capable filmmaker, and even if his add-ons rob the plot of a great deal of its most delicious ambiguities, the resulting mood is more than enough of a pay-off. Beautifully shot by Bong Joon-ho’s sometime cinematographer Hong Kyung-pyo, Burning has the look and feel of a high-spec, adult psychological thriller, with echoes of Vertigo and maybe even Patricia Highsmith.”