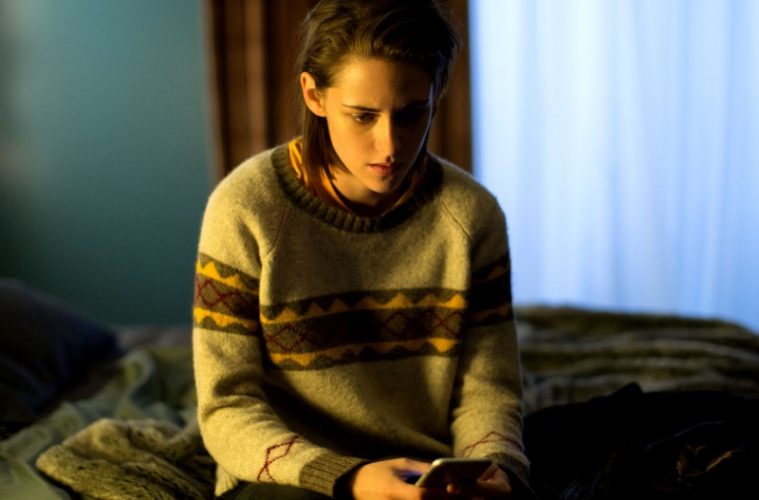 There’s ghosts, mutants, David Lynch, gorillas, cannibalism, the afterlife, and more to experience in theaters this month. Aside from the theatrical offerings, we can’t neglect mentioning the documentary adaptation Five Came Back — which explores the careers of five iconic Hollywood directors and their experience in World War II — hitting Netflix at the end of the month. Check out our picks for what to see below and let us know what you’re most looking forward to. Synopsis: The Zookeeper’s Wife tells the account of keepers of the Warsaw Zoo, Antonina and Jan Zabinski, who helped save hundreds of people and animals during the German invasion.

Why You Should See It: It’s not too often we’re sold on a single frame of a film, but if the image of Jessica Chastain playing with lion cubs doesn’t get one into the theater, we don’t know what else Hollywood could conjure up. As for the World War II aspect of Niki Caro‘s latest film, it doesn’t seem to be breaking new ground, but we’re intrigued to see the forthcoming live-action Mulan director collaborate with Chastain, who has proven to excel in any role.

Synopsis: Upon returning from a hunting expedition, King Louis XIV feels a sharp pain in his leg. He begins to die, surrounded by loyal followers in the royal chambers.

Why You Should See It: There are few actors we’ve seen on screen as long as Jean-Pierre Léaud and now he’s back with his first leading role in many years. We said in our review, “Regardless, The Death of Louis XIV may be Serra’s clearest film in terms of formal patterns and his most mysterious in actual meaning. It depends on who you ask; to this writer, that’s a good thing.”

Synopsis: Widow Ruth is seven months pregnant when, believing herself to be guided by her unborn baby, she embarks on a homicidal rampage, dispatching anyone who stands in her way.

Why You Should See It:  After co-writing Ben Wheatley’s brilliantly twisted Sightseers, Alice Lowe is back with her directorial debut Prevenge, in which she also stars in and wrote. Entering territory perhaps even darker than Wheatley’s films, it follows her pregnant character as her unborn child causes her to kill strangers.  We said in our review, “Veering between dark comedy and somber drama is a flavor of the times in indie film, but Prevenge puts a new spin on this, tying those emotional shifts more directly to the mindset of its lead character than any other movie of its ilk has yet. That’s because the lead is heavily pregnant. Combine that with serial killing, and the stage is set for an agreeably bloody-minded oddball of a film.”

Synopsis: A love story set one year after the existence of the afterlife is scientifically verified.

Why You Should See It:  The One I Love director Charlie McDowell is returning this month with another emotionally grounded sci-fi film, this time starring Jason Segel, Rooney Mara, Robert Redford, Jesse Plemons, and Riley Keough. I said in my review, “While the director/co-writer’s skill at world-building has expanded, as has his cast, his second film retains a similar, welcome sense of relatability, favoring an emotional throughline over Primer-esque scientific explanation. There’s no greater human truth than death and McDowell uses this to fuel our imagination about what might await, doing so in a way that, like the best sci-fi, stimulates introspection on the part of the viewer.”

Synopsis: After 20 years abroad, Mark Renton returns to Scotland and reunites with his old friends Sick Boy, Spud, and Begbie.

Why You Should See It: Having already been shown internationally, the word on Danny Boyle‘s not-as-good-as-the-original-but-still-entertaining-sequel is out. We said in our review from Berlinale, “The first film’s breakout stars Ewan McGregor, Johnny Lee Miller, Ewen Bremner, and Robert Carlyle all return, and with age comes a clearer self-understanding of their place in society. Twenty years ago, these characters emerged from Britain’s underclass as upbeat, energized, and enterprising. Now they’re back in Edinburgh, newly gentrified and, if anything, stultified by new money – there’s even less place in society for these downtrodden characters that looked like they may be emancipated twenty years ago.”

Synopsis: In the aftermath of WWI, a young German who grieves the death of her fiancé in France meets a mysterious Frenchman who visits the fiancé’s grave to lay flowers.

Why You Should See It: The prolific streak of French director François Ozon continues with a black-and-white post-WWI romantic drama. We said in our review, ” His latest, a remake of Ernst Lubitsch’s Broken Lullaby with a twist, juxtaposes themes of grief, guilt, forgiveness, and the deceptive, self-inventive qualities of narrative against the backdrop of post-WWI Franco-German tensions. It’s a heady hall of mirrors that keeps revealing, or at least suggesting new depths and angles.”

Synopsis: A team of explorers and soldiers travel to an uncharted island in the Pacific, unaware that they are crossing into the domain of monsters, including the mythic Kong.

Synopsis: When a young vegetarian undergoes a carnivorous hazing ritual at vet school, an unbidden taste for meat begins to grow in her.

Why You Should See It: Sure to be the arthouse horror hit of the spring, Raw doesn’t entirely work as a cohesive whole, but there’s enough unforgettable imagery presented by Julia Ducournau to be worth a recommendation. We said in our review that “the shocks of Raw — or, rather, Justine’s various humiliations — belong more to a dire Todd Solondz cringe comedy, even if there are aspirations to Carrie. (A chaste girl gets animal blood dumped on her in slow-motion, after all.)”

Synopsis: The art of color guard is paired with contemporary musicians in this 2015 event staged by David Byrne at Brooklyn’s Barclays Center.

Why You Should See It: The brainchild of David Byrne, featuring music from St. Vincent, tUnE-yArDs, Nelly Furtado, and more, along with a dazzling routine from color guard teams, all captured by a pair of the most exciting documentarians working together? One should be lucky they can see this on the big screen. We said in our review, “In its formal inventiveness and compassion, Contemporary Color moves well past the boundaries of “concert movie.””

Synopsis: Two girls must battle a mysterious evil force when they get left behind at their boarding school over winter break

Why You Should See It:  After last year’s The Witch and The Monster, there was shades of horror in both Krisha and Green Room, but now A24 is back with another fully-fledged entry into the genre with this spring’s The Blackcoat’s Daughter. We said in our review of Oz Perkins‘ debut, starring Emma Roberts and Kiernan Shipka, that it’s”a stylish exercise in dread, teasing out its slow-drip horrors with precision, and building a deliriously evil presence that hovers along the fringes. However, there’s a thin line between mystery and vagueness in storytelling, and it becomes difficult to decide where a film fits when it only works in the context of a specific structural order.”

Synopsis: A rumination on labor and leisure in a digital world.

Why You Should See It: A film like no other one will see this year, we said in our review of the Locarno winner, “To put it upfront, Eduardo Williams’ The Human Surge is pretty much a film that, by nature, is unlovable. Often blatantly ugly or boring, it’s not so much deliberately confrontational in the way so many experimental films are (or pride themselves on being), but rather risk-taking for the sake of something almost impossible to articulate — even if based in something obvious.”

Synopsis: In the near future, a weary Logan cares for an ailing Professor X in a hide out on the Mexican border. But Logan’s attempts to hide from the world and his legacy are up-ended when a young mutant arrives, being pursued by dark forces.

Why You Should See It: Shaping up to be the best X-Men outing since the days Bryan Singer kicked things off at the turn of the century, we said in our review, “It will be a little worrying for some readers to consider that it’s been 17 years since Hugh Jackman first broke out the adamantium claws. Since then, the affable Aussie megastar has enjoyed nine outings as the mutant Wolverine to varying degrees of success. He bows out of the series with a considerable amount of class in James Mangold’s Logan — a rather brilliant mesh of dystopian and superhero tropes that proves to be as entertaining as it is timely.”

Synopsis: David Lynch takes us on an intimate journey through the formative years of his life.

Why You Should See It: The ideal treat before we experience 18 hours of new David Lynch-directed material this summer, a new intimate documentary on his working process will arrive. We said in our review, “As narrated by Lynch, whose voice is as entrancing as Werner Herzog’s and as playful as Brian De Palma’s, we hear anecdotes that point to a picaresque story: an episode where he cooped himself in his room listening to radio for two weeks, or another when Lynch was so stoned he came to a complete stop on a motorway without realizing.”

Synopsis: Revolves around a ghost story that takes place in the fashion underworld of Paris.

Why You Should See It: “After Clouds of Sils Maria, Personal Shopper confirms Olivier Assayas as the director most adept at drawing the best out of Kristen Stewart,” our review said at Cannes last year. Indeed, Stewart is transfixing in his ghost-chasing tale, a moody, emotionally captivating drama that proves Assayas is one of the greatest directors — particularly when it comes to actors — working today.

Why You Should See It: It took around 15 months for Knight of Cups to finally make its way to theaters here following its premiere, but thankfully Broad Green Pictures aren’t making the same mistake again with Terrence Malick‘s next narrative feature. Song to Song, featuring Michael Fassbender, Ryan Gosling, Rooney Mara, and Natalie Portman, will arrive just one week after its SXSW premiere this month. Judging from the gorgeous trailer, Malick is operating on a more kinetic level here to match his subject, and is making his last film with Emmanuel Lubezki for the foreseeable future.