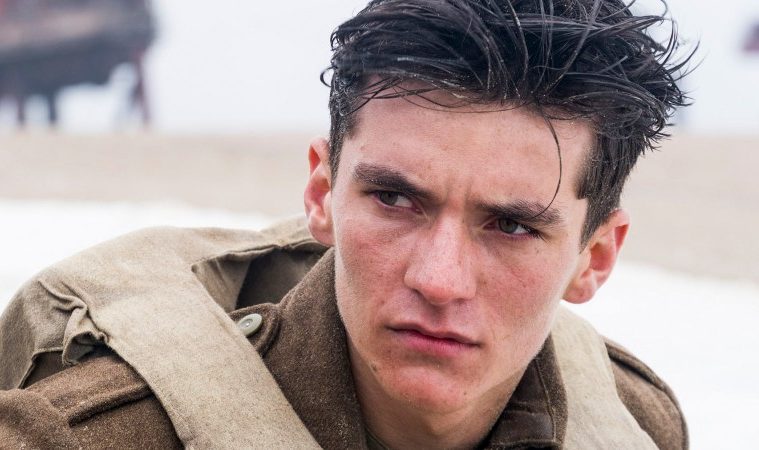 The heat of the summer season is upon us, and with it comes the most promising tentpole line-up of the year thus far. (Along with it, there’s perhaps the best film I’ve seen in several years.) After you finish catching up on the best films of 2017 so far, kick off the second half of this year with our recommended picks below.

Synopsis: Follows a variety of New York characters as they navigate personal relationships and unexpected problems over the course of one day.

Why You Should Watch It: One of the more divisive films to come out of Sundance this year, the 16mm-shot Person to Person packs quite the varied ensemble — from Michael Cera to Isiah Whitlock Jr. to Philip Baker Hall, not to mention a number of discoveries — and looks to be an intimate, funny look at a day in New York City.

Synopsis: After the apes suffer unimaginable losses, Caesar wrestles with his darker instincts and begins his own mythic quest to avenge his kind.

Why You Should Watch It: I have no doubt that War for the Planet of the Apes will go down as one of the most-acclaimed films of the year; I found little to like in it. “War for the Planet of the Apes has all the bombast and sense of finality seemingly required for the end of a trilogy, but there’s an underlying emptiness that nags with each scene,” I said in my review. That said: if you enjoyed Dawn and Reeves’ technical craft, I imagine you’ll find the experience more redeeming.

Why You Should Watch It: One of our festival favorites of the past year-plus is finally getting a release. “Morbid curiosities make for unusual romantic comedy fodder in Ingrid Jungermann’s perceptive and often very funny Women Who Kill,” we said in our review from last year’s Tribeca Film Festival. Now set for a debut later this month, the first trailer has arrived for the film which follows ex-girlfriends who host a serial killer-obsessive podcast and, when a mysterious woman joins the mix, mystery begins.

Synopsis: Within Brooklyn’s ultra-orthodox Jewish community, a widower battles for custody of his son. A tender drama performed entirely in Yiddish, the film intimately explores the nature of faith and the price of parenthood.

Why You Should Watch It:  The road to a respectable life is a demanding one for Menashe. He barely makes enough money as a grocery clerk to pay the rent of his small apartment. He is shunned by his family, neighbors, and boss for not conforming to the customary way of life. He’s in danger of losing complete custody of his son following the death of his wife. While aspects of this logline could be the basis for more than a few character studies released each year, Menashe sets itself apart by its striking specificity, taking place in an ultra-orthodox Hasidic Jewish community of Brooklyn and performed completely in Yiddish. I said in my review, “Director and co-writer Joshua Z Weinstein understands that this entry point into the story must be more than just that and crafts an intimate, sympathetic portrait of faith and fatherhood.”

Synopsis: Several months after the events of Captain America: Civil War, Peter Parker, with the help of his mentor Tony Stark, tries to balance his life as an ordinary high school student in Queens, New York City while fighting crime as his superhero alter ego Spider-Man as a new threat, the Vulture, emerges.

Why You Should Watch It: If you’ve been following my writing for any period of time, you’ll quickly learn that I find tentpole comic book movies, on the whole, to be watered-down, fleeting experiences. I’m pleased to say, then, that Spider-Man: Homecoming is the most fun I’ve had with one in years. “Despite succumbing to the seemingly inescapable monotony that pervades most final setpieces in this genre, the film exudes a charismatic quality of nimble fun with its playful direction and lighthearted lead performance,” I said in my review.

Synopsis: Jodorowsky recounts his young adulthood in a bohemian Santiago de Chile and his breakthrough as a poet.

Why You Should Watch It: Best-known for his surrealist masterpieces El Topo and The Holy Mountain in the early 1970s, Chilean filmmaker Alejandro Jodorowsky finally returned to directing a few years ago and now he’s back with another feature this year. Endless Poetry is the second part of a planned five-part series, which we said “heralds the madcap hippie director as a master of a deeply personal magic-realist genre, effortlessly moving as it is psychologically and artistically rich.”

Synopsis: Set in 19th century rural England, young bride who has been sold into marriage to a middle-aged man discovers an unstoppable desire within herself as she enters into an affair with a worker on her estate.

Why You Should Watch It: One of the highlights of last fall’s Toronto International Film Festival will be arriving this month. Lady Macbeth marks the directorial debut of experienced theater director William Oldroyd, and it’s a wonderfully acted, Haneke-esque period drama that has some life to it. We said in our review,” If Pugh is a revelation, so is Oldroyd. This is an auspicious and striking debut film that spells the start of a genuinely talented filmmaker as he handles his camera in breathtakingly spacey and formidable fashion. He creates an indelible character in Lady Katherine, a woman that is not easily understood, but dares to break the conventions of the times by doing unspeakable things. Oldroyd captures our gaze with every frame and doesn’t balk at the story’s more shocking sections. He means to shake us and does.”

Synopsis: Escapes blazes a wild path through mid-20th-century Hollywood via the experiences of Hampton Fancher – flamenco dancer, actor, and the unlikely producer and screenwriter of the landmark sci-fi classic Blade Runner.

Why You Should Watch It: Well-timed before the release of his next project Blade Runner 2049 this fall — not to mention Michael Almereyda’s sci-fi feature Marjorie Prime this August — Escapes, executive produced by Wes Anderson, takes a look at the life of screenwriter and actor Hampton Fancher. “Fancher seduces the ear and imagination by relentlessly spitting names and dates, giving us no time to breathe and question his remarks. But if you look past his occasionally unpleasant way of telling stories, he proves to be an anachronistic figure, a man trapped in the amber of Hollywood dreams,” we said in our review.

Synopsis: Two sisters come of age in ’90s New York when they discover their dad’s affair. Eventually, they learn he’s not the only cheater in the family.

Why You Should Watch It: Although it was marketed as an “abortion romantic comedy,” Obvious Child went beyond that basic moniker, using the set-up to mine humor from the fears and anxieties tied with such a personal decision. Writer-director Gillian Robespierre and star Jenny Slate have now reteamed in Landline, a 1995-set drama about the dysfunctional lives of one family in Manhattan. “Refreshingly scraggly in its structure and plotting, with an enormous heart and affecting honesty permeating every scene, it marks an impressive step up for the duo,” I said in my review.

Synopsis: An undercover MI6 agent is sent to Berlin during the Cold War to investigate the murder of a fellow agent and recover a missing list of double agents.

Why You Should Watch It: With reactions coming out of SXSW that this plays like Tinker Tailor Soldier Spy meets John Wick (thanks to the involvement of that film’s co-director David Leitch and cinematographer Jonathan Sela), plus Charlize Theron taking the lead role, there’s not much else we need to hear to secure our ticket purchase, so we’ll leave it at that.

Synopsis: Syrian rebels who call themselves Raqqa is Being Slaughtered Silently risk their lives to document the atrocities committed by ISIS in their homeland.

Why You Should Watch It: After embedding himself on the U.S.-Mexico border to capture the harrowing drug war, Cartel Land director Matthew Heineman went to the other side of the world for his next documentary. “Cut together with gut-wrenching intensity and packed with footage that feels equal parts remarkable and horrifying, Cartel Land director Matthew Heineman returns to Sundance with City of Ghosts, a 90-minute documentary chronicling the lives of the head members of Raqqa is Being Slaughtered Silently (RBSS),” we said in our review.

4. Valerian and the City of a Thousand Planets (Luc Besson; July 21)

Synopsis: A dark force threatens Alpha, a vast metropolis and home to species from a thousand planets. Special operatives Valerian and Laureline must race to identify the marauding menace and safeguard not just Alpha, but the future of the universe.

Why You Should Watch It: One of the bigger gambles of the summer movie slate is The Fifth Element director Luc Besson’s return to the futuristic space epic. Valerian and the City of a Thousand Planets, clocking in at an eye-popping $180 million budget, is full of inventive imagery and an eye-popping color palette that seems all too rare in Hollywood today, judging from its trailers. Starring Dane DeHaan, Cara Delevingne, Clive Owen, Rihanna, Ethan Hawke, and John Goodman, the adaptation of Pierre Christin and Jean-Claude Mézières’ comic series hopefully contains a portion of the gleeful madness Besson exuded in Lucy.

Synopsis: A couple in a troubled marriage locate a meteorite, initiating an encounter with a mysterious creature. Their lives are turned upside down by the discovery of the creature, which is a source of both pleasure and destruction.

Why You Should Watch It: Since our #1 pick doesn’t quite count, the best sci-fi film of the summer goes to Amat Escalante’s The Untamed. “It does that very rare thing in cinema in that it blends mystery, horror and pseudo-reality with a kind of dark subconscious arousal,” we said in our review. “In this way it recalls the auteur directors previously mentioned here, but also the eerie ethereal science fiction of H.P. Lovecraft. All this might lead you to believe that The Untamed is built on homage, and yet it refuses to be anything but its own thing.”

Synopsis: Allied soldiers from Belgium, the British Empire, Canada, and France are surrounded by the German army and evacuated during a fierce battle in World War II.

Why You Should Watch It: After taking on caped crusaders, galaxy-spanning journeys, and dream-altering tentpoles, I’ve been waiting for Christopher Nolan to make a more grounded blockbuster, and he looks to have delivered that with Dunkirk. Clocking in a comparatively slim 107 minutes, this World War II thriller is shaping up to be a lean, intense offering from the director as he depicts this specific against-all-odds event.

Synopsis: In this singular exploration of legacy, love, loss, and the enormity of existence, a recently deceased, white-sheeted ghost returns to his suburban home to try to reconnect with his bereft wife.

Why You Should Watch It: It’s been nearly half-a-year since I saw the premiere of David Lowery’s latest feature at Sundance, and there isn’t a day that goes by that I don’t think about the fascinating, singular experience. I said in my review, “Beginning with the beauty, patience, and humor of an Apichatpong Weerasethakul movie before segueing into the existential musings reminiscent of Richard Linklater dialogue, and then infinitely expanding its scope to become a stunning meditation on the passage of time, A Ghost Story is one of the most original, narratively audacious films I’ve ever seen.”