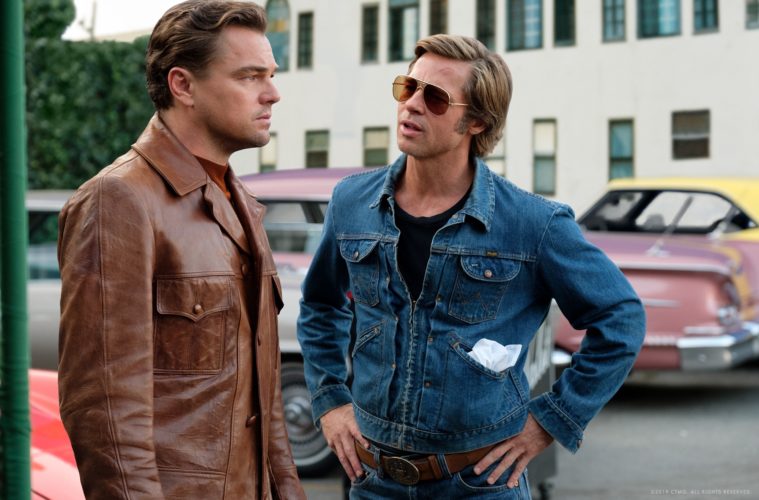 With the year coming to its halfway mark, we recently rounded up the 21 most essential films to seek out thus far, and now it’s time to look towards the second half. July brings some festival favorites, some oddities, a few studio release highlights, and a floral fever dream. Check out our 15 picks to see below, followed by honorable mentions.

Fluffier than the finest French pastries, Garrel’s latest film is a brisk romantic dramedy to the point of near-satire, which is more of a recommendation than a jab. Ethan Vestby was a fan at TIFF, saying in his review, “Beginning on a shot of the Paris cityscape–yes, the Eiffel Tower plainly in view and everything that surrounds it–Louis Garrel’s A Faithful Man self-awarely announces itself in the tradition of decades of French cinema; say the kind that the average movie-goer assumes every single film from the country is like. With long conversations, wistful romances, and a deadly earnest piano score, one won’t be unable to see of influence of Garrel’s father on the picture. Yet if not as recognizably personal and hear-ached as those magnificent pictures, the son still shows heavy promise in his second feature.”

One of the smaller releases this month deserving of more attention is Benjamin Naishtat’s Rojo, which Jared Mobarak caught up with at TIFF. He said in his review, “Despite feeling as though I was treading water throughout, my investment was never in question. The odd slow-motion sequence during the opening credits and the many unprompted conversations like that between Claudio’s friend and an older woman sunbathing in the backyard of the ownerless house around the mid-way point or his daughter’s boyfriend and a mutual acquaintance getting heated towards the end all possess the tension-fueled trappings of the type of film Rojo wants to be even if they never gel together into a cohesive whole.”

After finding her voice in humorous, touching films like Humpday and Your Sister’s Sister, Lynn Shelton has dedicated more time recently to the world of TV with GLOW, Love, and more. She’s now back with her eighth feature film, Sword of Trust, which premiered at SXSW and will arrive in theaters this month. Starring Marc Maron, Jillian Bell, Michaela Watkins, Jon Bass, Toby Huss, and Dan Bakkedahl, it follows the peculiar story of attempting to pawn off an inherited sword purported to be from the Civil War.

Distribution for Lav Diaz’s often lengthy films is hard to come by the United States, so even if it won’t arrive theatrically, it’s worth highlighting our first chance to see one of his films. Arriving on MUBI at the end of the month is the follow-up to his Golden Lion-winning drama The Woman Who Left, his “anti-musical musical rock opera” Season of the Devil. Featuring 33 songs composed by the Filipino director himself, the story, which takes place during former president Ferdinand Marcos’s military dictatorship, follows “a man whose wife has been abducted in their remote village.”

The top documentary winner at SXSW this year, Waad Al-Kateab and Edward Watts brought For Sama to Cannes and it’ll now arrive in theaters this month. John Fink said in his review, “Co-directed with Edward Watts, For Sama’s structure mirrors the chaos of the moments it captures, simultaneously connecting both her personal and the political past, present and future as she feels an affinity for her home while also lamenting the conditions they are living under. When she gives birth to her second child, away from her Syria she comments that she smells the city. For Sama is no doubt powerful in its immediacy and its unafraid to shy away from the gory details as families–including al-Kateab’s own–become casualties of war, her dreams differed… For Sama is a harrowing experience and certainly one of the most essential films of the year.”

Earning the badge of perhaps the year’s longest title, Radu Jude’s “I Do Not Care If We Go Down in History as Barbarians” will thankfully get a release this month. Rory O’Connor said in his review, “At 140 minutes, Barbarians is indeed rather long, especially when considering that one could easily describe it as a drawn-out dialectic on the responsibility of nations to confront whatever atrocities their government and populous committed in the past. So how on earth is Barbarians so funny and compelling? Well, one reason might be that it’s a movie by Radu Jude, a Romanian New Wave filmmaker who has managed to operate just outside the main spotlight of his gilded colleagues, occasionally departing from their stark contemporary realism while always sharing in their brand of gallows humor.”

Winner of a Special Jury Prize at Locarno Film Festival, Ray & Liz announces a distinct new voice to filmmaking. Rory O. Connor said his review, “If there is an image to best introduce audiences to the grimy cinematic world of Ray & Liz–the remarkable debut feature of Turner prize-nominated visual artist Richard Billingham–it might be, fittingly, the very first one to hit the screen: that of a cracked, burnt-out light bulb filmed dangling beneath a nicotine-stained ceiling. Billingham has spent much of his career as an artist documenting and, in his short films, dramatizing the lives of his father Raymond (a chronic alcoholic played here by Patrick Romer and, as a younger man, by Justin Salinger ) and mother Elizabeth (Deirdre Kelly and–best of all–Ella Smith) and Ray & Liz could be viewed as a culmination of that work. It’s an immersive poetic-realist dive into the artist’s fractured memories of his parents during the time he spent growing up in Birmingham in the ‘70s and ‘80s.”

Featuring the breakthrough of both director Pippa Bianco and actor with Rhianne Barreto, Share was one of the more striking films I saw at this year’s New Directors/New Films. World premiering a few months earlier at Sundance, where Barreto picked up an acting award and Bianco earned a Waldo Salt Screenwriting Award, the drama examines sexual assault in the modern age with a distinct eye. Jake Howell said in our Sundance review, “The aftermath of a sexual assault—the cell phone footage of which goes viral—is the subject of Share, writer-director Pippa Bianco’s debut feature film that deftly mines morose, intelligent drama from its entirely real scenario.”

Even if one of the films is far more accomplished than the other, The Shallows and The Meg recently reignited the grand tradition of the summer water-based creature thriller. This season, it’s Alexandre Aja’s turn with Crawl, which mercifully clocks in at the breezy runtime of 87 minutes. The hurricane-meets-alligator film looks to take itself a little more seriously than his Piranha 3D film, but let’s hope a gallon or two of shlocky fun is still in store to break up the monotony of tired sequels this summer.

Winner of the World Cinema Grand Jury Prize, a Special Jury Award for cinematography, and another Special Jury Award for Originality at Sundance this year, Tamara Kotevska and Ljubomir Stefanov’s documentary follows a beekeeper in Macedonia whose way of life gets disrupted in initially humorous, ultimately tragic ways. Ryan Swen said in his New Directors/New Films review, “It is entirely to Stefanov and Kotevska’s credit that Honeyland rarely comes across as a simple “individual tradition vs. societal modernism” narrative, even if the outlines show themselves on occasion. Throughout, the emphasis is on base commonalities and the differences that arise organically, continually situating all of the people among the dirt and rocks of their shared environment.”

Returning after his sturdy dark comedy Faults, Riley Stearns doubles down on his mean, but insightful streak with The Art of Self-Defense. John Fink said in his review, “If Fight Club taught us one thing and one thing only it is to never underestimate the power of a bored single man with nothing to lose. And that is, in some ways, also the central thesis of Riley Stearns’ delightfully twisted The Art of Self-Defense, a pitch-black comedy starring Jesse Eisenberg as sad sack Casey, a lonely auditor who, in the film’s opening scene, is mocked at a distance in French by a couple. He, unfortunately, has become proficient in French, working his way through cassette tapes on his commute to work. He’s an easy and perhaps asexual target, turning to a meticulously photocopied men’s lifestyle magazine for advice and masterbatorial materials.”

One of the most touching, humorous films I’ve seen this year is Lulu Wang’s tale of family and potential loss. Dan Mecca said in his review, “There’s something special about The Farewell. Written and directed by Lulu Wang and starring Awkwafina, this is the kind of film that feels specific and universal all at once. The film opens with the title card: “Based on an actual lie.” Wang builds this narrative from personal experience: her family chose to hide a cancer diagnosis from her grandmother (Zhao Shuzhen) and spend the final days celebrating instead of mourning. Or at least that was the idea. A fairly elaborate plan is hatched, involving a sham wedding that forces an abrupt reunion back in China.”

It’s mid-summer, which means A24 is unleashing Ari Aster’s Hereditary follow-up, starring Florence Pugh, Jack Reynor, and Will Poulter, to theaters natiionwide. Conor O’Donnell said in his review, ”Via divine intervention, or more likely Aster’s sharp grasp on the genre, Midsommar basks you in sunlight and dread to present something far more fun to unpack than its predecessor. The comparison holds weight not just because Midsommar deals with the same playful takes on Pagan-infused scare tactics that Hereditary does, but because notes of loss and helplessness run amok here. Aster’s tendencies toward despair create a sense of sobering inevitability while still managing to surprise with a bit of impish charm.”

1. Once Upon a Time in Hollywood (Quentin Tarantino; July 26)

It remains to be seen if Quentin Tarantino indeed re-edits some of Once Upon a Time in Hollywood as he hinted while at Cannes, but in whatever form it arrives (including select 35mm screenings), it is sure to be the event of the summer. Rory O’Connor said in his review, “Quentin Tarantino returns in a haze of cigarettes, cocktails, razzle-dazzle, and psychedelic rock with Once Upon a Time… In Hollywood, a jarring concoction of ravishing 1960s fetishization and sliding doors “what if” moments that might just be his strangest film yet. It is certainly the director’s most patient, an uncharacteristic slow-burn that asks you to wait for it, jussst wait for it as it leads towards a fateful night in Hollywood folklore.”