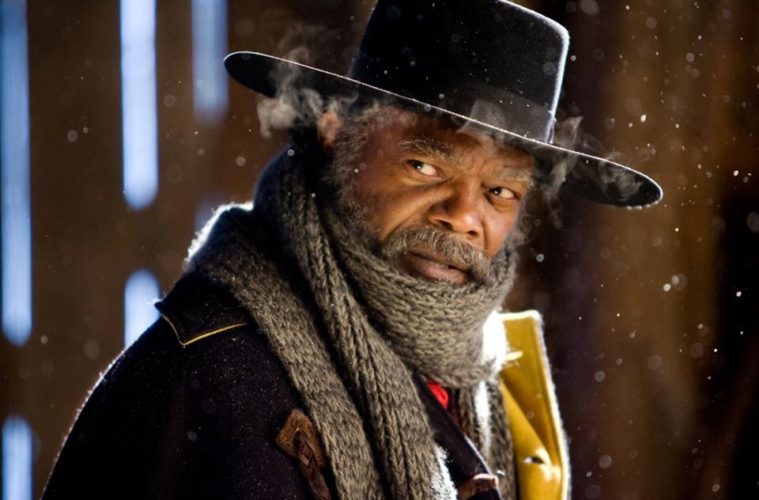 15 Films to See In December

It’s the last month of the year, which means many are already chiming in on their favorites of the year. However, there’s still a strong batch of films waiting to be seen, as evidenced in our final monthly preview of 2015. Check out our top 15 recommendations below, and return in the coming weeks as we highlight our cinematic favorites in a wide range of categories from the last 12 months.

Synopsis: A boy who has a bad Christmas ends up accidentally summoning a Christmas demon to his family home.

Why You Should See It: While arriving with oddly little buzz, any film starring Adam Scott and coming from Michael Dougherty, whose anthology Halloween offering Trick ‘r Treat was an unexpected blast, will still get my attention. Spinning a dark, comedic tale of the anti-Claus, hopefully this is a Christmas surprise. Either way, we’ll find out very soon.

Synopsis: A retired orchestra conductor is on holiday with his daughter and his film director best friend in the Alps when he receives an invitation from Queen Elizabeth II to perform for Prince Philip’s birthday.

Why You Should See It: It feels strange to recommend a film I didn’t like a great deal, but one may connect with Youth, and, like Sorrentino’s other films, it does have some noteworthy visuals. We said in our review, “Youth is narratively uneventful, striving to be a film of grand ideas,” adding, “All of the dialogue is so transparently subservient to the film’s thematic concerns, it’s very rare for any of it to feel authentic. It’s also overloaded with a grating self-referentiality that borders on the self-pitying, as these artists lament the hardships of the creative process and the pain of being misunderstood (or, rather, underappreciated).” Synopsis: A photographer for Life Magazine is assigned to shoot pictures of James Dean.

Why You Should See It: Yes, Life can often be a touch too bland (see our review), but Dane DeHaan and Robert Pattinson respectably try their hardest to make something out of the material. Convincingly portraying James Dean and Dennis Stock, respectively, their chemistry makes Life worth seeing, even if the visual edge that Anton Corbijn displayed in his earlier films is oddly missing here.

Synopsis: Based on the 1820 event, a whaling ship is preyed upon by a sperm whale, stranding its crew at sea for 90 days, thousands of miles from home.

Why You Should See It: It boggles the mind why Warner Bros. would move this from a less competitive March opening to the week before a new Star Wars film, but hopefully it’s not to bury it, rather signaling that it’s a worthwhile awards-season drama. With cinematographer Anthony Dod Mantle and the strong ensemble of Chris Hemsworth, Benjamin Walker, Cillian Murphy, Ben Whishaw, Tom Holland, and Brendan Gleeson, we’re looking forward to some nautical adventure.

Synopsis: Four outsiders in the world of high-finance who predicted the credit and housing bubble collapse of the mid-2000s decide to take on the big banks for their lack of foresight and greed.

Why You Should See It: One would think a film starring Brad Pitt, Christian Bale, Ryan Gosling, and Steve Carell would be arriving with a bit more attention, but nonetheless we’re looking forward to The Big Short. A dramatic turn for Anchorman director Adam McKay (the strands of which can be seen in The Other Guys) with a response that, so far, has been decent, it’ll arrive in theaters next week.

Why You Should See It: This is the most critic-proof movie of 2015, so there’s nothing much more to be said here. Grab some money and go see a Star War.

Synopsis: In the 1820s, a frontiersman, Hugh Glass, sets out on a path of vengeance against those who left him for dead after a bear mauling.

Why You Should See It: When the embargo is lifted later this week, we’ll have much more to say about Iñárritu’s Birdman follow-up — but for now, I can say that, with roots in a classical revenge / survival story, its unrelenting brutality swallows emotion at every turn. Yet, thanks to Emmanuel Lubezki‘s idyllic touch and Leonardo DiCaprio‘s tenacity to endure anything thrown at him, it’s compelling in its grand scale and potentially comical excess.

Why You Should See It: Any cinephile won’t want to pass up the opportunity of Martin Scorsese, David Fincher, Arnaud Desplechin, Kiyoshi Kurosawa, Wes Anderson, James Gray, Olivier Assayas, Richard Linklater, Peter Bogdanovich, and Paul Schrader discussing two of our finest directors. As we said in our review, “While Jones’ film certainly comes off as a giant reaffirmation of old-school boys’ club auteurism, when cinephilia inevitably turns on Hitchcock in the future (every one of the greats has to go through at least a couple cycles of being unfashionable), it could at least still stand as its own touching time capsule.”

Synopsis: A modern day adaptation of the ancient Greek play Lysistrata by Aristophanes, set against the backdrop of gang violence in Chicago.

Why You Should See It: Spike Lee is back. While we greatly admired his other 2015 film, there’s no doubt that Chi-Raq will get more attention, and for good reason. Our review says, “With his latest entry, Chi-Raq, a title that evokes an intrinsic relationship between the midwest city and the middle east country, the NYC-based filmmaker is back with a furious vengeance. Creating a hybrid between a modern-day musical and a spoken-word poetry slam, this film embodies the essence of protest and captures perfectly the mood of countless frustrated Americans who attempt to affect change through demonstrations. It’s not a straightforward narrative, either, instead eschewing dramatic conventions for powerful vignettes that bring the important messages of the film to a boil.”

Synopsis: Macbeth, a Thane of Scotland, receives a prophecy from a trio of witches that one day he will become King of Scotland. Consumed by ambition and spurred to action by his wife, Macbeth murders his king and takes the throne for himself.

Why You Should See It: With two actors born to play the roles — Marion Cotillard and Michael Fassbender — and a director, Justin Kurzel, who adds an uncompromising, vibrant style, Macbeth is one of the year’s most striking films.  We said in our review, “The director approaches the classic tale of murder and moral decline with the same level of visceral stylization that distinguished his debut, pulling off perhaps the fiercest cinematic translation of Shakespeare to date.” Synopsis: In Portugal — one European country in crisis — a film director proposes to build fictional stories from the miserable reality he is immersed in.

Why You Should See It: While a certain number-one pick and the return to a galaxy far, far away will get dubbed “epic,” Miguel Gomes‘ compelling Tabu follow-up may most earn that descriptor. It clocks in at around 6.5 hours over three parts, and we said, in our review, “Fascinating even in its misfires, this sprawling and fantastical document of the country’s plight in the wake of the global financial crisis confirms Gomes as one of the most exhilaratingly inventive filmmakers working today.”

Synopsis: In the week leading up to their 45th wedding anniversary, a couple receive an unexpected letter which contains potentially life changing news.

Why You Should See It: We’ve been waiting for 45 Years since its debut nearly a year ago at Berlin; what we received is a tender, impeccably acted drama. We said in our review, “Few filmmakers – Richard Linklater comes to mind – have proved themselves able of realizing such discerning and finely drawn portraits of adult love. While the conclusion of 45 Years is hardly uplifting, we are nonetheless left thankful for having had the privilege of truthfully and thoroughly exploring a genuine relationship, wrinkles and all.”

Synopsis: A man crippled by the mundanity of his life experiences something out of the ordinary.

Why You Should See It: Returning to the big screen after seven years, Charlie Kaufman, in his latest film, takes on stop-motion animation — and it’s an incredible feat. Our review from Venice called it “a coarsely unsettling, tragically profound, and often quite funny stop-frame animated picture that focuses on two lost souls who meet in a faceless hotel and share a one-night stand.”

Synopsis: In the horror of 1944 Auschwitz, a prisoner forced to burn the corpses of his own people finds moral survival upon trying to salvage from the flames the body of a boy he takes for his son.

Why You Should See It: One of the most harrowing and effective films of the year — a debut, no less — Son of Saul is essential viewing. A winner at the Cannes Film Festival, as well as Hungary’s Oscar entry, we said of it in our review, “By approaching his material through a purely experiential style that purposely eschews psychology, he has crafted a towering landmark for filmic fictionalizations of the Holocaust.

Synopsis: In post-Civil War Wyoming, bounty hunters try to find shelter during a blizzard but get involved in a plot of betrayal and deception.

Why You Should See It: While a review embargo will be up until a few days before its release, I’ll simply say that you’ll want to seek out the closest theater playing Quentin Tarantino‘s latest picture on 70mm — even if it means missing Christmas with your family.