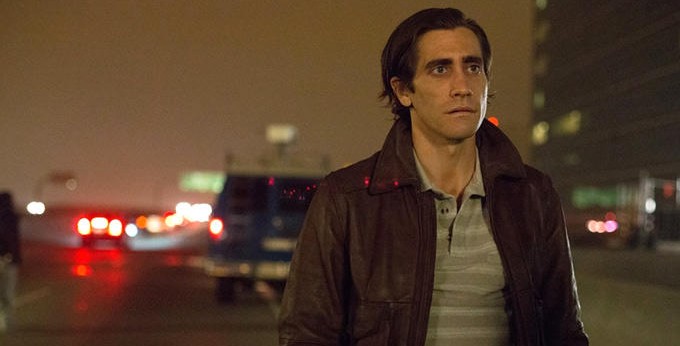 10 Films to Watch Before Seeing ‘Nightcrawler’ Arriving in theaters this week is Dan Gilroy’s Nightcrawler, an accomplished debut feature that straddles the line between dark satire and inherently pragmatic portrait of a TMZ-led media landscape. Backed by Jake Gyllenhaal, who’s giving one of his finest performances as the overtly confident loner Lou Bloom, it follows an over-ambitious reporter’s immersion into the Los Angeles nightly news system and simultaneous descent into savagery.

Ahead of the release, we’ve selected ten features that are perceived to be the strongest influences on Nightcrawler, either due to admission by those involved or an apparent connection. Ranging from landmark media satires to the best Los Angeles-set thrillers, check out the rundown below and let us know what you think of the selections. For more on the film, read our review here and see conversations with Gilroy and Gyllenhaal here.

Ace in the Hole (Billy Wilder) “Ace in the Hole is a phenomenal movie. One of the all-time dark movies about a journalist who comes across a miner who’s trapped and makes a story about it before he kills the guy. It’s a beautiful, horrible movie, “ Dan Gilroy tells CHUD. Indeed, the Billy Wilder classic might be the earliest inspiration for Nightcrawler, a biting look at the lengths one will go to twist and extract headlines. Jake Gyllenhaal’s Lou Bloom may not be writing articles, but he shares a great deal in common with Kirk Douglas’ Chuck Tatum, for he captures the “facts” through his own depraved lens.

Bringing Out the Dead, The King of Comedy, and Taxi Driver (Martin Scorsese)

Considering its one of his most acclaimed films, the comparisons to Martin Scorsese’s Taxi Driver are widespread — and certainly apt, with its loner anti-hero central characters — but it’s not the only film from the director that warrants a revisit. At times darkly hilarious, Nightcrawler also borrows from The King of Comedy (a film Gilroy studied while scripting), which equally humanizes its lead, both characters searching to break into an industry from the bottom by any means necessary. There’s also one of the helmer’s most overlooked films, Bringing Out the Dead, which reteamed him with Paul Schrader, and, like Nightcrawler, shows how the burdens of a fast-paced profession dealing with life-or-death situations, albeit on different sides of the coin.

Nightcrawler may primarily focus on Jake Gyllenhaal‘s Lou Bloom character, but if Dan Gilroy gave Rene Russo‘s Nina Romina the spotlight, it might look a little closer to what is James L. Brooks‘ finest film, Broadcast News. The sort of love triangle that makes up the crux of the Holly Hunter-led news drama isn’t apparent in Gilroy’s decidedly darker film, but one’s electrifying experience of breaking the news, regardless of its content, is the same. As Brooks’ script displays, it’s an occurrence “better than sex,” an act strongly suggested but never on display in Nightcrawler. Nightcrawler not only captures Los Angeles in a way very few films since Collateral have, but also shares a technical approach with the Michael Mann thriller. For the 2004 film, cinematographers Paul Cameron and Dion Beebe extensively used digital for the night sequences to better capture the available light, then segued to film stock for the interior scenes. When it comes to Nightcrawler, Gilroy tells Indiewire, “That was something where I followed Robert [Elswit]’s lead. Having many late night conversations with Robert, it’s a crime in many ways that film isn’t being used more because film is a better image overall than any digital image you’re ever going to get. Of course, on the financial side, film costs much more money for lighting and processing and all of this. And because we’re an $8 million film, we had to rely on digital as much as possible and Robert chose digital for night because it soaks up so much available light. But Robert, as a film lover, wanted to use film as much as possible, which made sense for our daytime shots. The image quality was just beautiful.”

If the previously mentioned film was a recent pinnacle of Los Angeles-set, Nicolas Winding Refn certainly cribbed some of Mann’s style for Drive. The neo-noir may share some of the same fascination with violence as Nightcrawler, but it’s the driving sequences where their bond is the greatest, particularly in one climactic chase towards the finale of the latter film. That’s where the similarities end, however, considering Ryan Gosling‘s character is a figure of few words, while Lou Bloom’s manipulation of the English language is his sole propellent. The structure and themes of Paul Thomas Anderson‘s sprawling, ambitious third feature might not directly be tied to Nightcrawler, but they share at least a few commonalities. Like the two aforementioned features, both feature a remarkably captured nocturnal Los Angeles, both from cinematographer Robert Elswit. There’s also Tom Cruise‘s Frank T.J. Mackey, a boisterous individual who could easily be a long-lost cousin of Gyllenhaal’s Bloom, both having tremendously convincing worldviews and ideals precisely of their own. If Network foretold where television journalism was headed, then Nightcrawler explicitly deals with the now. The satirical, Paddy Chayefsky-penned, Sidney Lumet-directed picture prophetically envisioned the sort of keenly engineered, eyeball-grabbing news environment we’ve come to. 40 years later, Nightcrawler now examines the economics of such a system where the most grotesque and invasive “reporting” is the industry’s most desired currency. I imagine many will question the morals of Gyllenhaal’s Lou Bloom after Nightcrawler, but the inquiry might be better directed at the system that let him thrive. The unparalleled voyeuristic skills of Lou Bloom are impeccably captured in a number of scenes in Nightcrawler (none of which we’ll spoil here), and while the aforementioned Scorsese characters are certainly reference points, he may tie most closely with the lead of this Michael Powell masterpiece. It may be half-a-century old, but its subject matter is even darker and more daring then Nightcrawler: we follow Karlheinz Böhm‘s Mark Lewis, a psychologically troubled loner whose obsession with voyeurism goes far beyond the moving image.

How many have you seen? Which will you catch up on?