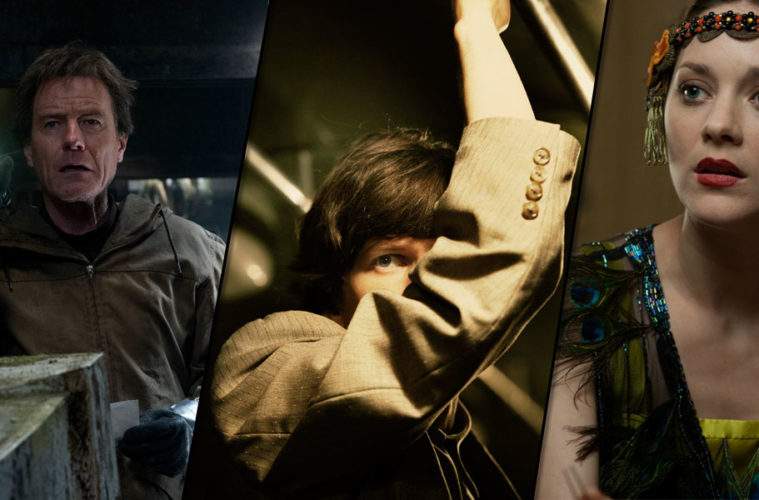 Despite the release of a certain Marvel blockbuster last month, the summer season is finally here…and it’s not starting out on a strong foot. While The Amazing Spider-Man 2 will probably help Sony executives afford a few new summer homes, it’s another disappointment for the rebooted franchise, as one can read in our full review.

Thankfully, there’s still a great deal to look forward to on both the independent and studio side, with one of our most-anticipated blockbusters of the season stomping into theaters, as well as a handful of the best limited releases making their way to screens. So, check out the Jesse Eisenberg-filled rundown below and let us know what you’re most looking forward to.

Synopsis: The X-Men send Wolverine to the past in a desperate effort to change history and prevent an event that results in doom for both humans and mutants.

Why You Should See It: If one complains of the over-abundance of characters in this year’s Spidey, then the argument should stand for X-Men: Days of Future Past, which melds both the old and new cast amongst big-budget, time-travel mania. However, X-Men and X2 director Bryan Singer is more of a trusted name when it comes to this franchise, hopefully being able to balance the many performances for an engaging, worthwhile return to the land of mutants.

Synopsis: A chef who loses his restaurant job starts up a food truck in an effort to reclaim his creative promise, while piecing back together his estranged family.

Why You Should See It: A much-needed return to his smaller roots, Chef marks one of Jon Favreau‘s best accomplishments, according to our SXSW review. We said, “Even the fact that he has some familiar faces from the Iron Man franchise throughout the film pays homage, in some ways, to what is likely a past life for the director. Favreau lets his character not only have flaws, but also allows him to grow without actually fixing those flaws. They’re still there and yet he knows that in the idealized world of Chef, he can manage them enough to move forward.” Synopsis: A dark drama centered on a group of teens with a penchant for finding trouble.

Why You Should See It: While some might brush this off as one of countless projects James Franco is yet again involved with this year, Palo Alto actually proves to be one of his most well-realized collaborations. Based on a series of short stories from Franco, the multiple, but intersecting storylines explore suburban life as a teenager in California. Marking Gia Coppola‘s directorial debut, a few nods are certainly taken from her aunt’s work, but the film establishes her as an authentic, independent voice that we’re looking forward to seeing more from.

7. The Dance of Reality (Alejandro Jodorowsky; May 23rd)

Synopsis: A partially autobiographical film about Jodorowsky’s childhood in Chile.

Why You Should See It: Returning after nearly a quarter-of-a-century, surrealist master filmmaker Alejandro Jodorowsky debuted his latest film at Cannes last fall. We were fans in our review, saying, “he has returned with what may be his most personal and straight forward film to date. But fret not devoted fans of Jodorowsky, La Danza de la Realidad (The Dance of Reality) still features his signature avant-garde imagery which pushes the limits of what to expect from the unpredictable.”

Synopsis: Three girls in 1980s Stockholm decide to form a punk band — despite not having any instruments and being told by everyone that punk is dead.

Why You Should See It: While we have yet to screen this Swedish drama, the buzz from its extensive festival run is enough to warrant our high anticipation. The punk-rock period piece from Lukas Moodysson has been called “a delightful snapshot of female friendship” and will finally land this month. While the release is only in theaters, courtesy of Magnolia Pictures, hopefully a VOD bow will occur soon after.

Synopsis: The world’s most famous monster is pitted against malevolent creatures who, bolstered by humanity’s scientific arrogance, threaten our very existence.

Why You Should See It: If one is looking for large-scale spectacle this summer, it seems there is no better option than Gareth Edwards‘ reboot of the classic movie monster. More intriguingly, however, is the hopeful addition of a humanistic element (missing from WB’s other recent kaiju feature, Pacific Rim), a leading factor in Edwards’ debut Monsters, as well as the addition of a top-notch cast, including Bryan Cranston, Juliette Binoche, Ken Watanabe, Sally Hawkins, and Elizabeth Olsen. Synopsis: Anna, a young novitiate nun in 1960s Poland, is on the verge of taking her vows when she discovers a dark family secret dating back to the years of the Nazi occupation.

Why You Should See It: It seems as though Hollywood has a yearly quota for World War II dramas, ones that often present the heroic military efforts of the Allies, or others that zero in a feel-good aspect, perhaps following a protagonist who survives by any means necessary. Rarely do we see a film tackle the aftermath of the unspeakable horrors from distinctly different points of view, but Pawel Pawlikowski does so with restrained artistry in his Polish drama Ida. Check out my full review from Sundance for more on the first must-see of the summer season.

Synopsis: A drama centered on three environmentalists who plot to blow up a dam.

Why You Should See It: If one is attuned to the rhythms of Kelly Reichardt, then they might be slightly thrown off-guard by her latest feature, Night Moves. While still clearly taking her labored approach, the film is a bit more plot-driven than her previous works, with the seminal Rififi being a major influence. Effectively showcasing the main event, Night Moves delves deeper into the aftermath, making for an affecting, thoroughly gripping portrait of paranoia.

Synopsis: On the mean streets of Manhattan, Ewa falls prey to Bruno, a charming but wicked man who takes her in and forces her into prostitution.

Why You Should See It: Nearly a year after its Cannes premiere, The Immigrant is finally coming to American shores this month in an all-too-small release, courtesy of The Weinstein Company. I had the chance to check James Gray‘s drama out last fall at New York Film Festival and the 1921-set tale of an American dream gone awry has only grown in my estimation since then. Once again showing how to perfect a melodrama, the love triangle between Marion Cotillard, Joaquin Phoenix, and Jeremy Renner is helped by immaculate production design and stunning cinematography by Darius Khondji. One can read our full review from Cannes for more.

Synopsis: A clerk in a government agency finds his unenviable life takes a turn for the horrific with the arrival of a new co-worker who is both his exact physical double and his opposite – confident, charismatic and seductive with women.

Why You Should See It: Although it wasn’t widely seen, Richard Ayoade‘s Submarine was a knock-out debut, full of life and the sort of wit only he could provide. He’s now returned with his follow-up, an adaptation of Fyodor Dostoyevsky‘s novella, and it’s one of the year’s best films. We said in our review out of TIFF that “his sophomore effort takes more than a few steps towards an even more arid realm of complete existentialist surrealism.” Featuring Jesse Eisenberg‘s best performance(s) and some of the most intricate sound design you’ll hear all summer, The Double is not to be missed, either in theaters or on its simultaneous VOD release.