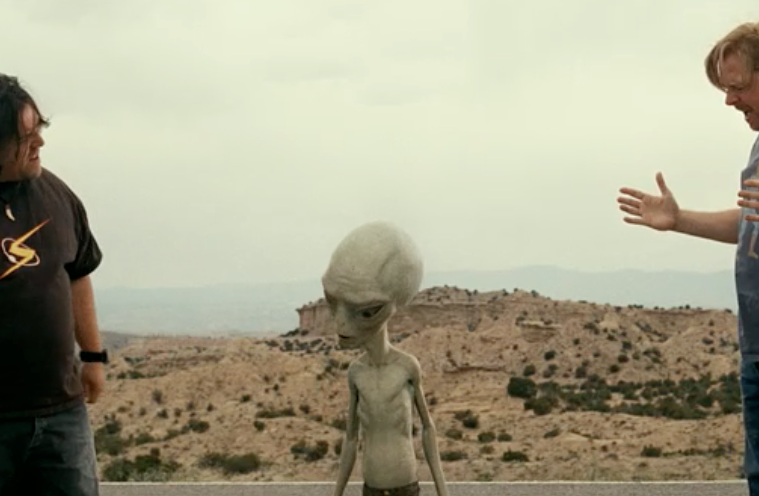 10 Films To See In March

With the Oscar season finally over and weak early months of the year coming to an end, we can finally look forward to 2011. We recently posted Our Most-Anticipated Films of the Year, and now we have the rundown for what to look forward to in March. There are many limited releases, so please look to the official film site or your local theater for when you can see these films.

Synopsis: As a full-scale alien invasion threatens the Earth, in Los Angeles, a veteran Marine staff sergeant (Aaron Eckhart) leads his new platoon into battle with an uncommon enemy.

Why You Should See It: Sony’s campaign for Battle: Los Angeles is loud and mysterious. The buzz is strong, but I’m weary this will fall on the side of Skyline instead of District 9. The chances are slim this Aaron Eckhart-starring alien battle is as bad as the former and it should at least be a fun a way to kick off the blockbuster year.

Synopsis: Set during the height of the Black Death, a seasoned knight (Sean Bean) and a young monk travel to a village rumored to be unaffected by the pandemic.

Why You Should See It: Christopher Smith‘s last film, Triangle, was a smart B-movie time-travel horror flick. Sadly overlooked, the director has created something completely different for his next project. This medieval actioner stars Sean Bean, and after solid reviews in international territories, it finally debuts stateside.

Why You Should See It: Not breaking any new bounds in the one-night adventure sub-genre, this long-delayed comedy still thoroughly entertains. Dowse has crafted a film that feels lifted out of a 1980’s time capsule, not simply a tired parody.

Synopsis: A rising politician (Matt Damon) falls for a ballerina (Emily Blunt), only to be stymied by mysterious forces keeping the would-be lovers apart.

Why You Should See It: After three misfires with Green Zone, Invictus, and Hereafter, Matt Damon is on a bit of a rebound with his fantastic supporting performance in True Grit. This delayed romantic drama has been getting divisive reviews, but let’s hope it is a return to form for Damon, assisted by his Bourne Ultimatum writer George Nolfi.

Synopsis: Two British comic-book geeks (Simon Pegg and Nick Frost) traveling across the U.S. encounter an alien outside Area 51, and with their unexpected new companion aboard their RV, they find themselves chased by federal agents — as well as the father of the young woman the trio accidentally kidnaps.

Why You Should See It: The director of Adventureland and Superbad teams up with Edgar Wright‘s favorite pair Simon Pegg and Nick Frost. As a fan of all involved, this comedy is definitely one to look forward to. Mixed reviews and talk of Universal wanting a dumbed-down script make me less excited, but I still can deny the creative talent behind this production.

Synopsis: The story of a chameleon with an identity crisis.

Why You Should See It: Pirates 1-3 helmer Gore Verbinski is delivering the first animation from ILM and Paramount. After seeing an early screening, the animation is gorgeous and matches the wildly inventive character design. The story is one we’ve seen before, but the execution (partly thanks to visual consultant Roger Deakins) is refreshingly satisfying.

Synopsis: In Tuscany to promote his latest book, a middle-aged English writer meets a French woman who leads him to the village of Lucignano.

Why You Should See It: This 2010 Cannes favorite is finally making its way to limited US theaters. Featuring an intimate performance by Juliette Binoche, Kiarostami’s laid-back, naturalistic style is completely soothing in a cinematic world filled with hyperactivity. Check out our NYFF review here.

Synopsis: In order to support his family, attorney Mike Flaherty moonlights as a high school wrestling coach and assumes the guardianship on an elderly client (albeit not in the most honest fashion). Flaherty’s fortunes begin to shine when the man’s runaway grandson materializes, until the boy’s mother appears, fresh from rehab, flat broke, and looking for an opportunity.

Why You Should See It: After delivering two of the best dramas of the last decade with The Station Agent and The Visitor, McCarthy returns with the same focus on characters, while adding a lot more comedy this time around. Check out my full Sundance review for one of my early 2011 favorites.

Synopsis: A secret agent tracks a serial killer who murdered his fiancée.

Why You Should See It: Kim Ji-woon created one of the best action/western flicks in years with The Good, The Bad, The Weird, and now the director is back with a brutal revenge tale. While it is an exercise in style over substance, this is one devastatingly sleek cat and mouse game. Check out our Sundance review.

Synopsis: A mousy governess who softens the heart of her employer soon discovers that he’s hiding a terrible secret.

Why You Should See It: Sin Nombre, Cary Fukunaga‘s directorial debut, was one of my favorite films in 2009. The director returns to different territory adapting this classic tale. With a bigger budget and some of the most promising up-and-coming stars (notably Michael Fassbender and Mia Wasikowska), this is one of my most-anticipated of the year.

Synopsis: A young girl is institutionalized by her wicked stepfather. Retreating to an alternative reality as a coping strategy, she envisions a plan which will help her escape from the facility.

Why You Should See a Matinee: Snyder seems to have overdone himself here. I’ve heard from test screening sources that the film plays exactly like a videogame and for some, that may work. It may be fun, and I’m sure I’ll see it to confirm, but I hope this he gets this style out of his system before Superman.

Uncle Boonmee Who Can Recall His Past Lives (Apichatpong Weerasethakul; March 4th)

Synopsis: A farmer suffering from a kidney disorder opts to spend his last days in a house in the jungle, where real-world and supernatural visitors call on him.

Why You Should See a Matinee: While the methodical pace and style of Weerasethakul’s Palme d’Or winner didn’t connect with me, there will certainly be a small audience interested in this amusing look at death and the supernatural.

Synopsis: Increasingly anxious about his impending marriage to Nat (Rashida Jones) and thoroughly bored with his day job as a wedding photographer, Theo (Chris Messina) establishes a hobby: he’s hired by clients to clandestinely snap voyeuristic photos of them as they go about their days.

Why You Should See a Matinee: The director of Murderball is finally releasing his narrative debut. I saw it at a film festival last year and, while it is hardly the intense suspenseful thriller the trailer makes it out to be, I enjoyed the performances from our two leads. They are both fantastic actors that deserve to break out. It isn’t terribly focused, but most of the charm is with Shapiro’s improvised dialogue and the stunning RED cinematography.

Synopsis: A copywriter (Bradley Cooper) discovers a top-secret drug, MDT-48, that enhances intellect and other abilities. As his usage begins to change his life, he begins to consider the drug’s shadowy origins; meanwhile, a group of killers trail his every move.

Why You Should See a Matinee: This slick-looking drama looks a bit silly, but the schlocky premise should prove entertaining, especially with Bradley Cooper and Robert De Niro as leads.

Synopsis: In Los Angeles, Mickey Haller is a criminal defense attorney who operates out of the back seat of his Lincoln Town Car. And while his latest case could be his most high-paying in years, it also brings him close to unexpected evil.

Why You Should See a Matinee: Originally intended to be directed by Tommy Lee Jones, Brad Furman took over with Matthew McConaughey as our lead. It looks a bit over-stylized but I’ve heard good buzz from recent screenings.

Synopsis: In an austere and remote all girls boarding school, the most elite clique of girls are the illustrious members of the schools’ diving team, lead by Di (Juno Temple). The girls compete for the attention of their glamorous teacher Miss G (Eva Green), and Miss G in turn thrives on the attention she receives from her girls and believes it is her role to teach them the ways of the world.

Why You Should See a Matinee: Ridley Scott‘s daughter, Jordan, debuted her first directing effort at film festivals in 2009 and it is finally getting a limited release. I quite liked the film at TIFF in ’09. The strong cast brings to life this boarding school drama. IFC will release it On Demand as well, so many of you will be able to see it.

Synopsis: A Palestinian girl is brought to the Dar Al-Tifl orphanage in the wake of the first Arab-Israeli war, where she forms a bond with Hind Husseini, founder of the orphanage. Finding herself drawn into the conflict as she matures, a connection with an Israeli socialist opens a door to a different life.

Why You Should See a Matinee: After delivering the masterpiece Diving Bell & the Butterfly it was disappointing to read middling reviews for Schnabel’s latest. The drama got pushed back to this March and I’ll still check it out due to my interest with the talent filmmaker.

Synopsis: A look at the lives and loves of six friends in New York City, and how their existence is changed when struggling writer Sam (Josh Radnor) finds himself the unlikely guardian of a boy who becomes separated from his family in the subway.

Why You Should See a Matinee: Radnor’s directorial debut is a bit hit-or-miss. It all feels too “hip” and I found it difficult to connect with the characters. There are a few funny, touching moments that nearly save it enough to recommend with hesitation.

What do you want to see this month?