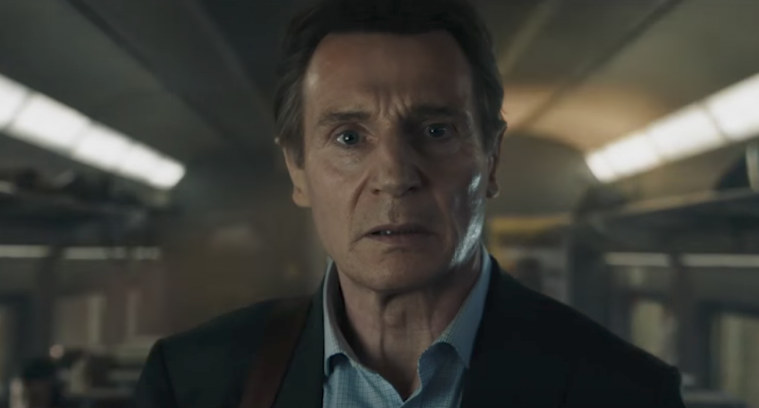 As you make your way through the best films of 2017, January not only brings wide releases of two of our top picks–Phantom Thread and Call Me by Your Name—but a handful of worthwhile 2018 titles as well. The month is also defined by Sundance Film Festival 2018, where an early look at some of the year’s finest films will debut, and we’ll be there once again to cover.

Synopsis: A substitute drama teacher at a suburban high school develops a taboo relationship with an unstable student, sparking a trail of jealous sabotage from the student’s peers.

Why You Should See It: Written, directed, edited, and starring 22-year-old Quinn Shephard, Blame premiered at Tribeca Film Festival last spring. We said in our review, “It’s an impressive debut feature that’s confident and assured, yet feels less like a feature film and more like an effective television drama with a few well-drawn characters and a multi-episode arc. Its asymmetric narrative doesn’t always work as it withholds information that might have fleshed out its supporting characters, and its message has been repeated over and over again in more dramatic thrillers. Yet, what this debut does achieve at times is an authentic portrait of high school life in the Jersey suburbs through a non-male, non-patriarchal gaze.”

Synopsis: A 14-year-old miscreant sets out to prove he’s ready to step into his older brother’s shoes.

Why You Should See It: After making a splash with Mediterranea, Jonas Carpignano is back with the Martin Scorsese-produced A Ciambra. We reviewed Italy’s Oscar entry at Cannes, saying, “It would be a stretch to say that Carpignano diverts in any major way from the gritty aesthetic that has become synonymous with post-Dardennes (and, in particular, post-Rosetta) social realist cinema — all overcast clouds above and gravel below — nor those films’ favored narrative arc. It does, however, pulsate with true authenticity, surely down to the fact that the director has quite literally been here before, having made a short (A Ciambra) that focused on the same real family, the Amatas, three years prior.”

Synopsis: A city in southern China and a bag containing a million yuan draws several people from diverse backgrounds with different personal motives into a bloody conflict.

Why You Should See It: This month brings one of our favorites from Berlinale, Lu Jian’s neo-noir animation. “Have a Nice Day won’t be mistaken for anything less than an utterly contemporary piece of Chinese filmmaking but, as the title might tell you, it’s also a film seeped in 1990s American pop culture,” we said in our review. “Channeling the Coens, Quentin Tarantino, and Cormac McCarthy, Jian’s film has the swagger, dedication to homage, and effortless cool of that decade’s cinema but with plenty of things to say about present-day China.”

Synopsis: Paddington, now happily settled with the Brown family and a popular member of the local community, picks up a series of odd jobs to buy the perfect present for his Aunt Lucy’s 100th birthday, only for the gift to be stolen.

Why You Should See It: Re-injecting the “family film” genre with some wit, joy, and all-around delight, Paddington emerged as one of the biggest surprises of the last few years. Thanks to the success of the adorable bear-led feature, a sequel is now around the corner. Following a U.K. release, where it received as much acclaim as the original, it’ll arrive in the theaters courtesy of Warner Bros. who rescued it from the vile clutches of The Weinstein Company.

6. The Strange Ones (Christopher Radcliff and Lauren Wolkstein; Jan. 5)

Synopsis: Mysterious events surround two travelers as they make their way across a remote American landscape. On the surface all seems normal, but what appears to be a simple vacation soon gives way to a dark and complex web of secrets.

Why You Should See It: One of the more enigmatic, visually striking short films I’ve seen at Sundance was Lauren Wolkstein and Christopher Radcliff’s The Strange Ones back in 2011. Six years later, the duo have returned with their feature-length expansion. Premiering at SXSW Film Festival, where star James Freedson-Jackson was awarded Special Jury Recognition for Breakthrough Performance, we said in our review, “Despite its overall narrative obliqueness, scene to scene The Strange Ones proves to be an engaging, well-made film masking the absurdity of its various levels and alternative realities.”

Synopsis: A businessman is caught up in a criminal conspiracy during his daily commute home.

Why You Should See It: In the world of Hollywood where “action” is often synonymous with CGI-heavy monstrosities splattered across the screen, backed by an assaultive sound design, the blissful visual coherence and immaculately-constructed thrills in the films of Jaume Collet-Serra can feel like the third coming of Alfred Hitchcock (after Brian De Palma, of course). Following a trio of films led by Liam Neeson, he shortened his scope with the career peak of The Shallows, an ingeniously simple but no-less exhilarating shark thriller. The Commuter now reunites him with his action muse, in what can best be described as taking Non-Stop’s one airplane cabin setting and multiplying it ten-fold (and beyond) on a Metro-North train.

Synopsis: Director Guy Maddin’s interpretation of the Alfred Hitchcock classic Vertigo, pieced together using footage from old films and television shows shot in and around the San Francisco area.

Why You Should See It: Few directors seem to reinvent cinema with each new picture, but Guy Maddin and his passion for boundless experimentation does it time and time again. His latest film is a “parallel-universe version” of Alfred Hitchcock’s Vertigo, utilizing footage from San Francisco-set features, ranging from Hollywood classics to avant-garde films to prime-time television. Commissioned by San Francisco Film Society and closing the San Francisco International Film Festival last spring, it’s now finally getting a theatrical release starting at NYC’s IFC Center.

Synopsis: Based on The Little Broomstick by Mary Stewart, a strange flower grants a girl magic powers.

Why You Should See It: Hayao Miyazaki and Studio Ghibli are back to work on a new feature film, but in the interim when it was thought that The Wind Rises may be their final outing, a handful of veterans from the studio went on to form their own company, Studio Ponoc. Their first feature is Mary and the Witch’s Flower, the latest from director Hiromasa Yonebayashi (The Secret World of Arrietty and When Marnie Was There), and one that should kick off 2018 in animation with wonder and style. Check out our full review.

Synopsis: A young woman returns home after the breakdown of a relationship to discover her father is dating a woman her age.

Why You Should See It: Continuing to work at a consistent clip, we said in our review, “Philippe Garrel, the 69-year-old veteran of the French New Wave, has produced a casual, bittersweet, and intoxicating study of relationships in flux starring his daughter Esther. In this swift, touching ode to lovers with heart-breaking, irreconcilable differences, the drama appears conventional on first glance, featuring that older-man-younger-women relationship frustratingly perennial in French art cinema, but this is a work of rare clarity by a director whose experience shows.”

Synopsis: In the 1970s and ’80s, National Lampoon’s success and influence creates a new media empire overseen in part by the brilliant and troubled Doug Kenney.

Why You Should See It: After delivering one of the funniest, most tear-inducing parodies of all-time with They Came Together, David Wain gave us two Wet Hot American Summer TV seasons, and now he’s finally back to feature films with a look at the early days of National Lampoon with A Futile and Stupid Gesture, which premieres at Sundance and hits Netflix soon after. Led by Will Forte and also starring Domhnall Gleeson, Thomas Lennon, Joel McHale, Matt Walsh, Paul Scheer, and many more, if this is a 1/10th as funny as his last film, it’ll be the best comedy of the year. You can say that again.