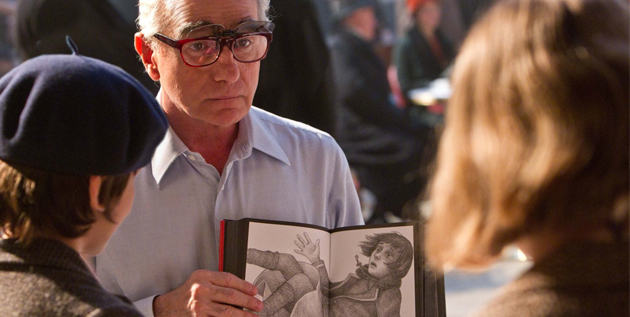 Before we get further, this article was made for both diehard film fanatics and those just discovering the wonder of early cinema. If you fall into the former category, I suggest bookmarking this and returning after you see Martin Scorsese‘s Hugo. The director has included endless nods to the films that made him who he is and it is a joy to see their inclusion in his adventure film.

If you fall into the latter category, get caught up with my rundown of the classic films most prominently featured in his magical ode to the beginnings of the medium. Check them all out below where they are also free to stream in their entirety, unless otherwise noted.

Not only is the homage directly on the theatrical poster and in the actual film, but our lead characters go see this silent classic featuring Harold Lloyd after running around the bustling streets of Paris. In the cinema, the children (Asa Butterfield and Chloë Grace Moretz) are mesmerized by the wonder of this stunt. And although Lloyd used no trick cameras in this feat, like Scorsese he played with camera angles and replicated other buildings to acheive a better sense of depth. Check out a snippet of the 70-minute film below.

The opening shot of Hugo moves from the sky down into a bustling train station as people swarm in different directions, all in perfectly engineered 3D, something that astounds for the rest of the film. There is no question this film similarly astounded a century ago, widely considered to be the very first motion picture. As this group of hundreds leave their workplace, those watching couldn’t believe actual people were walking towards them and 50 feet tall.

Gangsters, blood, gunfire, swearing and sex. While these are a usual trademark for Scorsese, they are absent in his first family film. But the director highlights the very first raunchy film in a montage delving into his passionate love for the birth of cinema. Do you think the MPAA is harsh today? Critics and audiences were in an uproar over Heise’s film, which shows three simple kisses that almost tore up the world on the big screen. Ah, the power of cinema.

As you’ll see later on this list, Méliès is the prime influence and driving force in Hugo. Scorsese created a replica of his studio and set, specifically for this underwater sci-fi adventure. The director said the five or six-day shoot was his “most enjoyable time on set” and “one of the best times I’ve had shooting a picture.” One can also see his love for the hand-coloring frame technique in this Méliès classic.

Scorsese paid homage to this western classic in Goodfellas, but he actually shows a snippet of the original in this film. While Porter’s adventure was known for its innovative techniques including cross cutting, camera motion and moving away from the stage, it is its finale that had audiences terrified. A man points a gun directly at the camera and fires. People screamed and ran away at the sight and over a century later, Scorsese incorporates a similarly unsettling feeling in a shot featuring a massive Sacha Baron Cohen peering into the audience.

The Eclipse: Courtship of the Sun and Moon (Georges Méliès; 1907)

While not one of his most famous films, one of Hugo‘s most striking images is from this celestial story. One can see Méliès in the film as an astronomy teacher who, along with his class, sees an unusual marriage between the Sun and the Moon. It is remarkable to see his imagination spark in one of his odder works.

Arrival of a Train at La Ciotat (Lumière Brothers; 1896)

Here is one of early cinema’s most famous films, recreated with finesse in Hugo. Scorsese not only replicates the intial frightening theatrical experience of seeing a barreling train come right for you, but he literally brings it to life in his own Paris train station. Forget Unstoppable, this is the conclusive locomotive motion picture.

Featuring bobbing heads as music notes, this film shows Méliès simply having fun. Also replicated in Hugo, the director uses a mix of multiple exposures, crossfading and substitution with cuts, to play up this gimmick. It is a trick that still entertains to this day and as our leads run around the train station in Hugo, Scorsese has more than a few up his sleeve.

While not featured in the film per se, Scorsese used these early French comedies to model Paris not brick-by-brick, but rather what American’s impression of an early ’30s cityscape would look like. As our leads run through the city that is bursting in detail, it is easy to see that Scorsese succeeded in creating a picturesque environment filled with romance. Watch a trailer for Under the Roofs of Paris below.

If there is a single film to associate with Hugo, it is Méliès’ most popular sci-fi fantasy film. Not only do the special effect breakthroughs perfectly mirror Scorsese’s 3D advancements, the film serves as a major plot device and catharsis for the story. Hugo is a deeply personal project for the director and nothing wraps up his infatuation with Méliès better than this magical adventure.

Hugo is now in wide release.