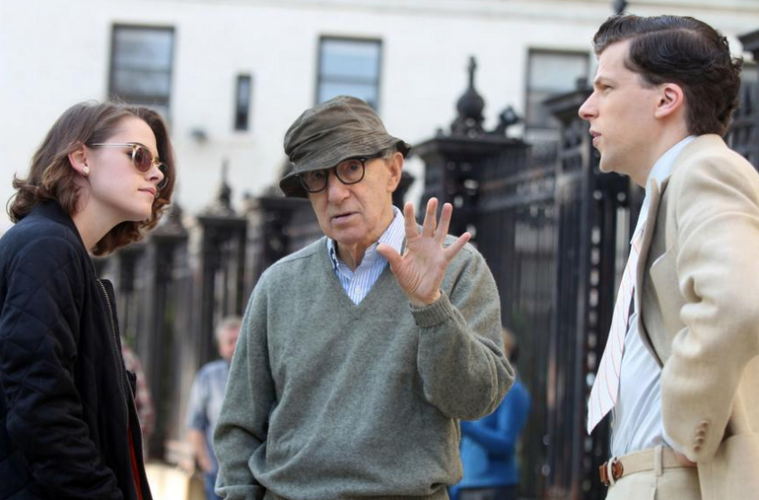 “I had seen that the Sony F65 was capable of recording beautiful images in 4K and 16 bit-colour depth in 1:2, which is my favorite composition. So when Woody called me this year asking me to be the cinematographer of his new film with the working title ‘WASP 2015,’ my decision was already made. I convinced him to record the film in digital, so we can begin our journey together in the digital world. It’s time now for the Sony F65!”

After reading our extensive interview with Guy Maddin, watch a one-hour talk with the director:

Rock Moranis talks to THR about taking a break from acting:

“I took a break, which turned into a longer break. But I’m interested in anything that I would find interesting. I still get the occasional query about a film or television role and as soon as one comes along that piques my interest, I’ll probably do it. [But Ghostbusters] didn’t appeal to me.”

Steven Soderbergh is in motion. It’s a warm day in Greenpoint, and the 52-year-old director, cinematographer, editor, and executive producer of Cinemax’s late-Victorian-era hospital drama The Knick is on the show’s main set, camera in hand, circling a table in a surgical theater, blocking a scene in which a patient’s gallbladder is removed. Soderbergh speaks softly. The cast and crew hang on every word. Then he starts shooting. He is moving, pausing, repositioning the actors, and moving some more. Technicians and writers gather just out of camera range, staring at an iPad that’s patched into Soderbergh’s camera via wireless, as the scene is sculpted and refined in real time. If you watch the screen, you can see aesthetic questions being asked and answered by the shifting positions of the actors in relation to Soderbergh’s lens.

Kristin Thompson breaks down the artistry of The Walk:

Romance and suspense having been presented and set aside, the film defies convention by switching into lyrical mode. In a conventional film, the grandeur of the mise-en-scene would become a terrifying void (especially in 3-D) into which we constantly fear Petit will fall. Instead, to a large extent because of the narrating voice and the music, we instead follow Petit’s exhilarated reaction and his every shift of mood. For instance, when he stands with one foot on the wire and pauses before beginning his Walk, subjective mist gathers (see bottom). It conveys his sense of the rest of the world disappearing and his attention focusing entirely on the wire. His voiceover describes all this. Would we otherwise perhaps take this mist to be an actual passing cloud?