Werner Herzog Pays Tribute to His Friend in First Trailer for Nomad: In the Footsteps of Bruce Chatwin 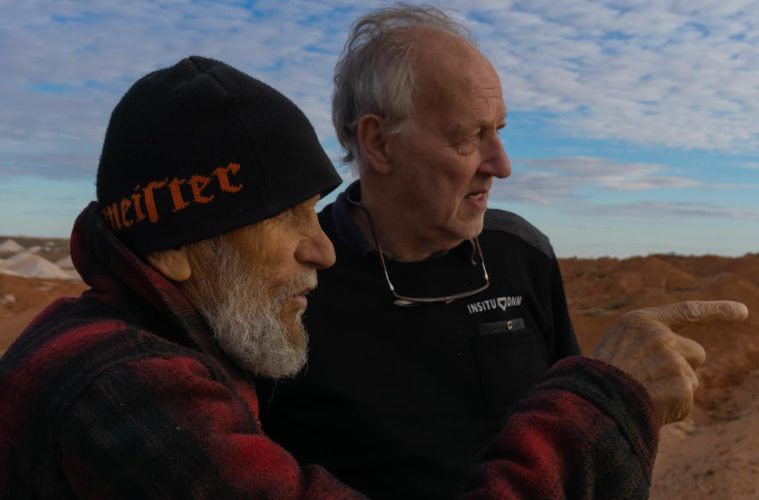 From the heart-wrenching exploration of Timothy Treadwell in Grizzly Man, whose real-life adoration of the titular creatures would portend his own death, to exploring the forgotten paintings and rituals of the stone age in transcendent 3-D in Cave of Forgotten Dreams, Werner Herzog is a nomad himself in the documentary field. For his latest non-fiction, Nomad: In the Footsteps of Bruce Chatwin, he’s turning the camera to his late friend. Music Box Films has now unveiled a new trailer for his new documentary,  scheduled to be released in select cinemas April 8.

An official selection at Tribeca, Herzog tackles the personal subject of the life of his friend Bruce Chatwin, travel writer, explorer, novelist, and journalist. To honor his friend’s legacy, he embarks on the same journey Chatwin made–featuring Patagonia, the Black Mountains in Wales, and the outback of Australia– and it is of course narrated by the director in his uniquely idiosyncratic fashion.

Nick Schager in review for Variety wrote, “Nomad marries its maker’s commentary to tableaux — of icy Patagonian lakes and tree-lined Australian paths — that convey a sense of profound beauty and primordial mystery, the latter enhanced by Ernst Reijseger’s score of tribal chants and orchestral arrangements. Even though Chatwin is only seen in a handful of snapshots and one brief video snippet, Herzog brings him to vivid life.”

Nomad: In the Footsteps of Bruce Chatwin opens on April 8.