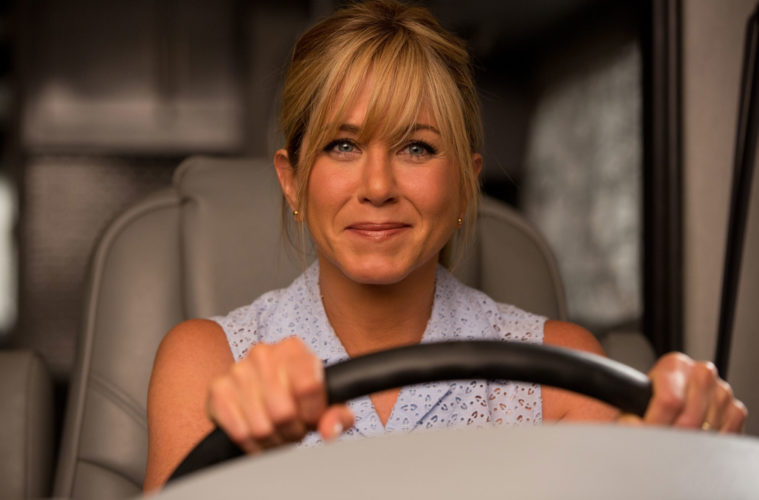 With a disastrous first step out of the gate in terms of comedic summer offerings, Warner Bros. will attempt to right the wrongs of The Hangover Part III with their August release We’re the Millers. Marking the first studio film since Dodgeball for  director Rawson Marshall Thurber, we’ve now got the first red band trailer today.

Starring Jennifer Aniston, who is clearing attempting to return to the raunchy Horrible Bosses arena with co-star Jason Sudeikis, the film follows a group of people who come together as a made-up family to smuggle some drugs. This first look is actually fairly funny, filled with notable supporting actors like Emma Roberts, Nick Offerman, Kathryn Hahn, Will Poulter and Ed Helms, so hopefully the final product matches up. Check out the trailer below. David Burke (Jason Sudeikis) is a small-time pot dealer whose clientele includes chefs and soccer moms, but no kids—after all, he has his scruples. So what could go wrong? Plenty. Preferring to keep a low profile for obvious reasons, he learns the hard way that no good deed goes unpunished when he tries to help out some local teens and winds up getting jumped by a trio of gutter punks. Stealing his stash and his cash, they leave him in major debt to his supplier, Brad (Ed Helms). In order to wipe the slate clean—and maintain a clean bill of health—David must now become a big-time drug smuggler by bringing Brad’s latest shipment in from Mexico. Twisting the arms of his neighbors, cynical stripper Rose (Jennifer Aniston) and wannabe customer Kenny (Will Poulter), and the tatted-and-pierced streetwise teen Casey (Emma Roberts), he devises a foolproof plan. One fake wife, two pretend kids and a huge, shiny RV later, the “Millers” are headed south of the border for a Fourth of July weekend that is sure to end with a bang.