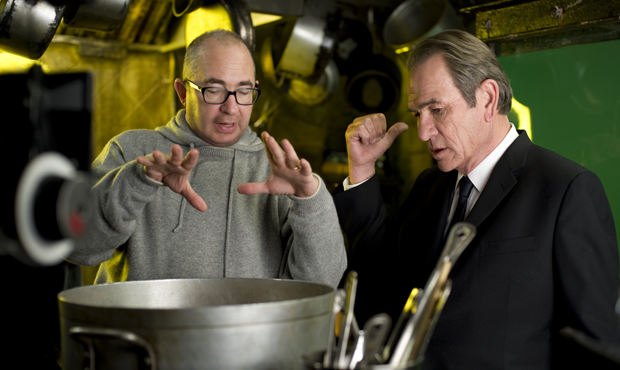 With the summer blockbuster season complete, one film that surprised, delivering a perfectly passable time at the movies was Men in Black III. Despite production woes, Barry Sonnenfeld created a fun entertaining actioner that managed to even sneak a bit of heart in. With a worldwide gross of almost $625 million worldwide, the director now seemingly has his choice on what to helm next and we may have a decision.

Deadline reports he is in negotiations with Warner Bros. for the first film in a potential franchise, titled Lore. Cory Goodman and Jeremy Lott have adapted T.P. Louise and Ashely Wood‘s comic series, which follows a man (whom Dwayne Johnson would be playing) who reluctantly becomes a member of an elite secret order charged with protecting humanity from the beasts of folklore who invade our world.

Tonally described in the vein of his popular Men in Black series, the director sounds like an obvious fit. With so many fantasy graphic novel adaptations taking such a serious tone, we could use a bit more Sonnenfeld to lighten things up. And anything that keeps him away from his potential blockbuster that pits dinosaurs against aliens is a smart choice in my book.