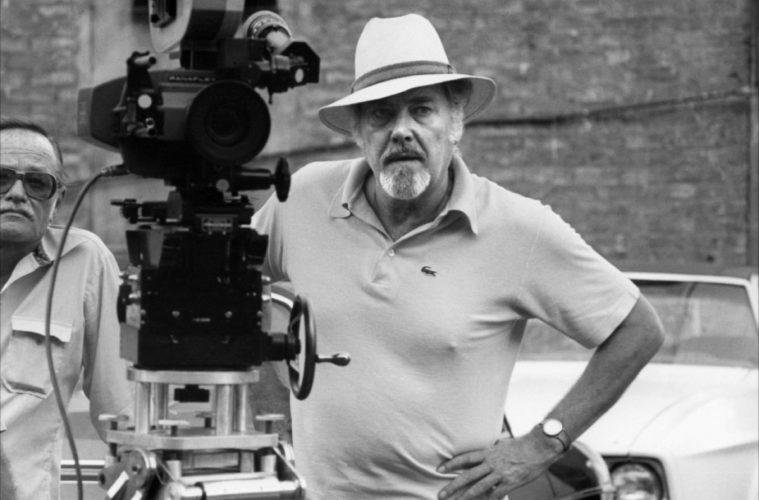 There’s a haze that covers Robert Altman’s films; from the sun drenched beaches of The Long Goodbye to the cavernous interiors of McCabe and Mrs. Miller, Altman’s films find loquacious antiheroes attempting to understand the details of their murky surroundings. Today would be Altman’s 89th birthday and we’re celebrating with a line-up of documentaries that illuminate the man and his work.

The first video is centered around production on Altman’s Gosford Park and intercuts footage from key works like MASH and Nashville. It’s a revealing look at Altman’s approach to working with large ensembles and balancing the needs of notable thespians like Maggie Smith, Helen Mirren, and Michael Gambon. Altman’s contentious relationship, although well-reported throughout his career, surfaces again here; Elliott Gould even confesses he tried to get Altman fired off MASH.

The second documentary highlights production of his Raymond Carver tapestry film Shortcuts. The spontaneity of the shoot paired with Altman’s expansive worldview would directly inform work on Paul Thomas Anderson‘s Magnolia years later. To relegate Altman to this particular type of film would be wrong even if Shortcuts’ qualities are found in throughout Altman’s catalogue. Films such as The Player, Brewster McCloud, and 3 Women remain enigmatic and compelling products of a filmmaker unwilling to abide by certain industry conventions.

In the third and final video — a conversation with film critic Elvis Mitchell –– Altman solidifies his reputation as a maverick filmmaker.  On the filmmaking process he concludes, “You’ve got to take it as your own.” Sage advice from a much loved American filmmaker. Take a look at all three videos below: