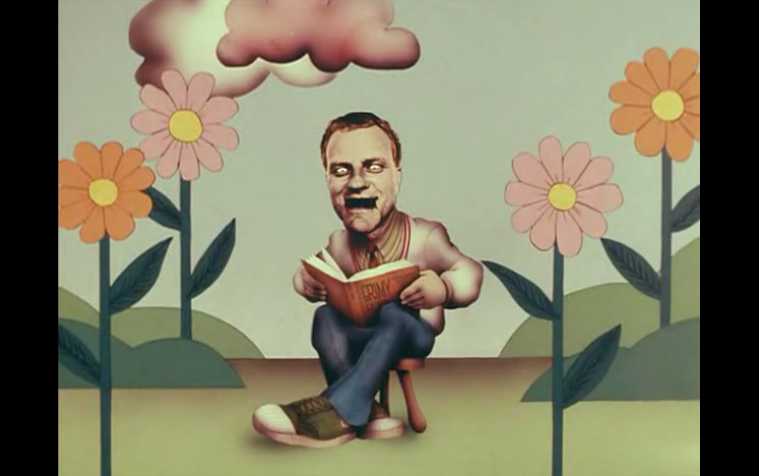 New Terry Gilliam films are few and far between nowadays, but that doesn’t mean fans are often starved for any new material. You sometimes just have to play the “new-to-me” game, digging through the various odds and ends of a career that encompasses feature films, featurettes, shorts, commercials, music videos, live concerts, etc.

Whether you do this on a search for another piece in the auteurist puzzle or out of mere curiosity, be sure to make some time for Gilliam’s first directorial effort — or the first listed on IMDb, anyway. Titled Storytime, it’s an animated short that predates Monty Python’s Flying Circus in chronology (by about a year, to be exact), formal traits — strongly reminding even the casual fan of that show’s many, many cartoon segments — and sensibility. In so many words, this is an early work that extends well beyond the reach of curiosity and into something more revealing. It’s exactly what you’d hope that label suggests.

What did you think of Gilliam’s short? Does it remind you of his later work?