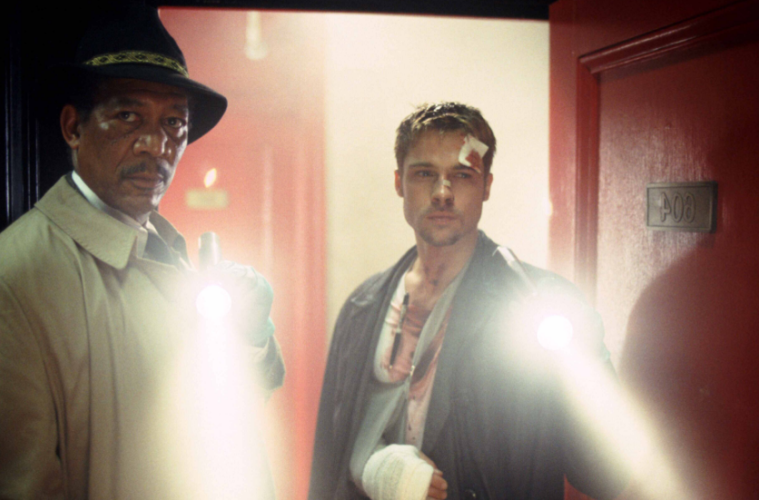 David Fincher’s second feature, the seminal mid-90’s crime thriller Se7en, has been poured over and picked apart for the past 20-odd years. Now, a new talk from On Story finds the film’s own screenwriter Andrew Kevin Walker (Sleepy Hollow, 8MM) looking back on his collaboration with Fincher. Upon release, Se7en left upset audiences guessing over, in Walker’s own words, its intentionally unsatisfactory — and now infamous — second-act close. The film divided critics and audiences alike, with test screenings leaving viewers 50/50. Since then, the lens of retrospection has relabeled it a fundamental film of the 90’s, one embedded in the zeitgeist with its simple question, “what’s in the box?”

In the talk, Walker covers a range of topics on what is arguably his magnum opus, including the importance of research to drive content and putting his own troubles into his characters. According to him, his own limbo between choosing LA and New York and his frustrations feeling stuck as a PA translated into the central conflict that Somerset faces.

He also talks about how Fincher accidentally received the first draft of the screenplay. Fincher was instantly attracted to the material, stating how he had no idea where the story was going at the open of the third act. Once on board, Fincher was an excellent collaborator with Walker, who was not trying to “take the blueprint of a yacht and turn it into a house.” The pair extensively broke down the apartment complex chase scene together, with Walker stating his satisfaction over its result on screen. He talks about how you cannot really write a complex action scene in earnest, but instead have to hint at the ‘essence’ of “how f—ing cool this could be.” This left his trust, at the end of the day, to Fincher to deliver something tense and memorable.

Big on outlining and structuring, Walker hits upon using humor as a disarming tactic, allowing for ad-libs, and trying to flesh Tracy (Gwyneth Paltrow) out in as few scenes as possible.

Watch the full discussion below with a hat tip to No Film School.