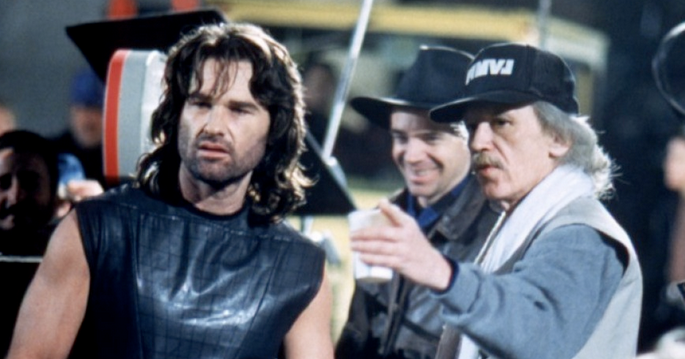 Few directors can claim as much influence over their genres as John Carpenter. Besides helping to reinvent horror with the definitive slasher flick Halloween, he also took sci-fi to a whole new level with his monster movie remake The Thing and the highly subversive cult hit They Live. Though he’s only helmed two feature films over the past decade, the unfortunately titled Ghosts of Mars and the asylum thriller The Ward, his filmography boasts an impressive 28 titles. In the hour-long documentary, John Carpenter: Fear Is Just The Beginning, cinema’s Prince of Darkness looks back on his lengthy career.

Produced in 2004, the short film is an intimate look at the man behind some of the most nightmarish moments of the past few decades. The footage features an interview with the director interspersed with commentary from his contemporaries, colleagues and proteges, including Jamie Lee Curtis, Kurt Russell, and fellow horror master George Romero. The notoriously private Carpenter opens up about his fascination with film, beginning with a life-changing viewing of It Came From Outer Space, his music background, and his lesser known early works, including his debut Dark Star which he describes as “Waiting For Godot set in space.” The documentary both delves into the mind of the versatile filmmaker (as the narrator notes, Carpenter often writes, directs, edits, and composes the music for his projects), and serves as a perfect companion piece to the video we highlighted a few months ago, in which Carpenter is joined by John Landis and David Croneberg.

Watch Fear Is Just The Beginning, via  The Seventh Art, below: