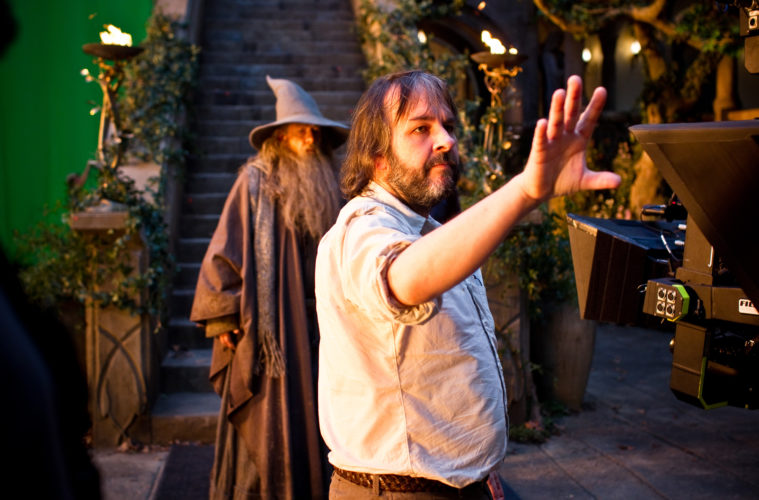 We’ve already had nearly a dozen video blogs, over six minutes of footage and even more behind-the-scenes looks, but as with any blockbuster, studios need to go above and beyond to sell the costly product, so today we’ve got an extensive special on The Hobbit: An Unexpected Journey that is filled with even more new footage. As to not spoil, this writer only scrubbed through the first few minutes, but it features interviews with cast and crew, as well as an introduction to this story and looks from behind-the-scenes that weren’t available in the video blogs. Check it out below followed by some comments by director Peter Jackson regarding the initial mixed reception of his new HFR technology of 48 frames per second, which is made available in select theaters for his return to Middle-earth.

“I’m fascinated by reactions. I’m tending to see that anyone under the age of 20 or so doesn’t really care and thinks it looks cool. I think 3D at 24 frames is interesting, but it’s the 48 that actually allows 3D to almost achieve the potential that it can achieve because it’s less eye strain and you have a sharper picture.”

“Warner Bros were very supportive. They just wanted us to prove that the 24 frame version would look normal, which it does, but once they were happy with that, on first day, when we had to press that button that said ’48 frames’ even though on that first day we started shooting at 48 FPS, you could probably say there wasn’t a single cinema in the world that would project the movie in that format. It was a big leap of faith.”

“The big thing to realize is that it’s not an attempt to change the film industry. It’s another choice. The projectors that can run at 48 frames can run at 24 frames – it doesn’t have to be one thing or another. You can shoot a movie at 24 frames and have sequences at 48 or 60 frames within the body of the film.”

“You can still do all the shutter-angle and strobing effects. It doesn’t necessarily change how films are going to be made. It’s just another choice that filmmakers have got and for me, it gives that sense of reality that I love in cinema.” [Coming Soon]