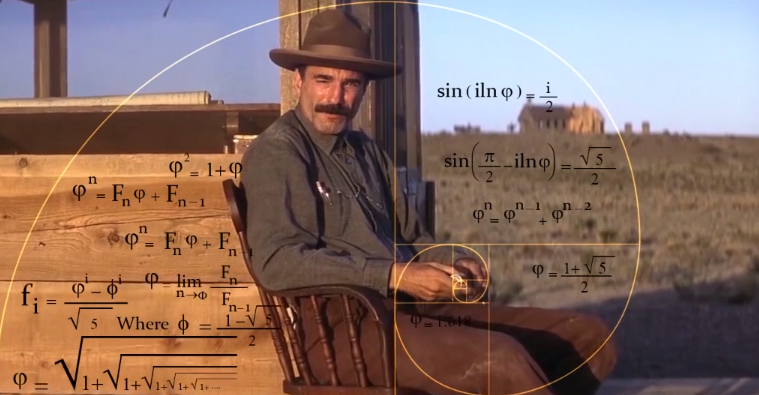 Watch: Mathematics Indicate ‘There Will Be Blood’ is a Meticulous Masterwork

For every cinephile who thought they didn’t need to pay attention in math class, a new video dissecting the cinematography of Paul Thomas Anderson‘s There Will Be Blood will have you believing otherwise. One only needs a sole viewing of the 2007 film, tracking the journey of Daniel Day-Lewis‘ oil-hungry Daniel Plainview, to recognize that PTA and cinematographer Robert Elswit were clearly at the top of their game, but today brings a new piece looking at their intricate design.

Extracting a handful of scenes from the film, Ali Shirazi uses the Golden ratio, one-point perspective and the rule of thirds to make a mathematical argument that the drama is, indeed, a meticulous masterwork. While this writer doubts that Elswit and PTA precisely hashed out these ratios in pre-production, it’s a fascinating study on the intuitive nature of a great cinematographer, and one that I’d like to see dissected in other films. Ahead of another video from Shirazi on PTA’s directing style, check out the first below (via 35mm), which uses Arvo Part’s Tabula Rasa.

What do you make of the video? Do you believe this precise attention to detail was completely intentional?