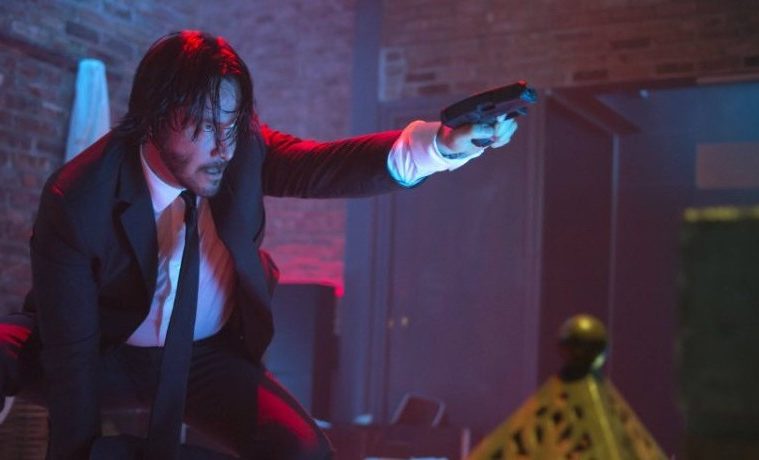 The action in today’s cinematic landscape can often feel too obscured, chopped up, or simply poorly shot (see a piece of utter failure in all of these regards), so it was a breath of fresh air when Chad Stahelski and David Leitch delivered their debut, John Wick. With clearly defined choreography and a knowledge of how to frame a thrilling sequence, it was head and shoulders above most of Hollywood’s output — until we got Mad Max: Fury Road, of course.

Stahelski recently wrapped up directing the sequel with Keanu Reeves, Bridget Moynahan and Ian McShane returning, along with the new faces of Laurence Fishburne, Ruby Rose, Peter Stormare, and Common. While John Wick: Chapter Two is still eleven months away, today brings a preview that should delight just as much as any footage. A new video, from Taran Tactical, shows Reeves in the middle of some in-depth training at a firing range, making for the most impressive method-action preparation we may have ever seen. The star also recently spoke about what to expect from the follow-up.

“For us it was just what is the next chapter? What is the continuation of this story? Opening up the world – the underground world. The world behind the world in terms of the assassins. Kind of evolving the action – if the first one was a black belt, then this one is third degree black belt. It’s such a fun project and a great character,” Reeves tells IGN. “Laurence has this fantastic role as a character in the Underworld called The Bowery King. He plays such a great character in the piece and he brings of course humour, intelligence, charisma and fascination – he’s such an incredible actor and it was a pleasure to work with him again. And Peter Stormare – Stormare has more of a cameo in it but again he brings such fun and mystery and this mixture of groundedness and the surreal.”

Check out the video below, along with a brief analysis of the action in the film.