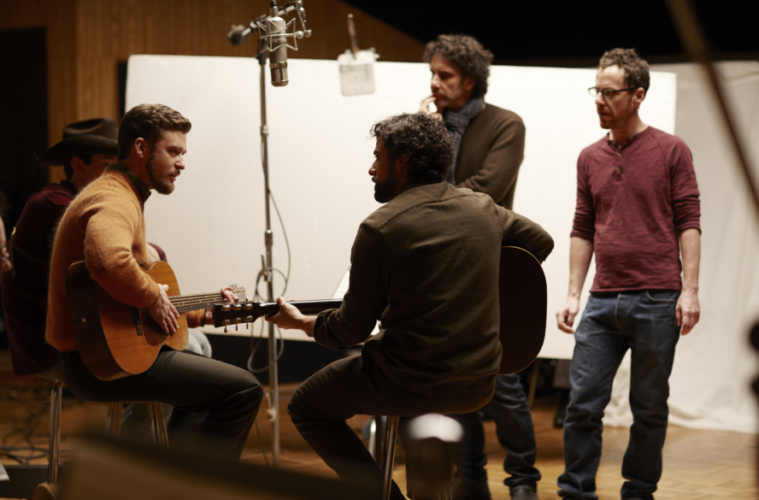 Watch: Guillermo del Toro Talks With the Coen Brothers About the Making of ‘Inside Llewyn Davis’

One of the most essential double-dips I’ve ever made is for Joel and Ethan Coen‘s phenomenal drama Inside Llewyn Davis on The Criterion Collection, which arrived this week. Having gone through all the special features in the last few days, along with a 101-minute concert and a fascinatingly insightful and critical commentary from a trio of authors, perhaps the biggest one is a newly recorded 40-minute talk between the brothers and Guillermo del Toro.

Beginning with Blood Simple and how it reflects much of their work today, they then jump into Inside Llewyn Davis and discuss the loose plotting of the film, how folk music is impossible to parody, why they would never do a movie about a successful folk singer, and much more. Check out a portion of their chat below, along with an excerpt from Kent Jones‘ essay:

Like quicksilver in a nest of cracks, the films of Joel and Ethan Coen flow and reverse course at speeds too fast for the mind to track. These artists put a lot of energy into creating movies that can be neither cornered nor pinned down, and that are impossible to file under this or that form, outlook, or stance. What begins as a Dashiell Hammett–inspired mood piece (Miller’s Crossing, 1990) suddenly explodes into passages of eye-popping absurdism, which give way to vaudeville-inspired showstoppers, which imperceptibly transform into passages of awed mystical contemplation, which shade into tragedy and then back again to the hard-boiled, the absurdist—and the suggestion of endlessness. A portrait of late-sixties middle-class Jewish life in the Minneapolis suburbs (A Serious Man, 2009) keeps shifting registers—without apparent effort and so deftly—from the lovingly Proustian to the savagely satirical to the ineffably sad and strange, and throughout we are left to consider the relationship of the action to the Yiddish “folktale” that precedes it. The seemingly straightforward and comparatively lite Burn After Reading (2008) takes so many unexpected turns away from the satire of Washington bureaucratic culture it appears to be—into obsessions with fitness, the oddness of being a tongue-tied and uneducated American, the greater oddness of old-boy men’s club culture and home-manufactured sexual paraphernalia—that by the time you come out of the film, your head is spinning like a gyroscope.

Inside Llewyn Davis is now available on The Criterion Collection.