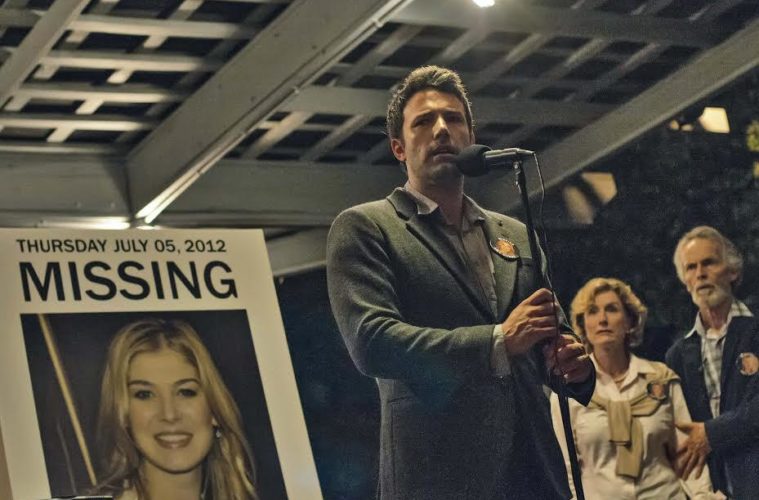 Before he possibly jumps back into the technology world with a Christian Bale-led Steve Jobs biopic, David Fincher is hard at work at another dark crime adaptation of a hit novel. Coming in October is his take on Gillian Flynn‘s mystery thriller Gone Girl, which follows Ben Affleck as Nick Dunne, a husband whose wife, Amy (Rosamund Pike), mysteriously disappears on their fifth wedding anniversary.

As promised, the first trailer will be arriving on Monday, but ahead of that preview, we’ve got the first footage. Unfortunately butchered by Entertainment Tonight voice-over and their haphazard editing, it still gives us an enticing look at a handful of scenes from the highly anticipated project. With a cast also featuring Tyler Perry as Tanner Bolt, the attorney of Affleck’s character, and Neil Patrick Harris in the role of Amy Dunne’s ex-boyfriend, Desi Collins, check it out below.

Update: Check out the first teaser poster below thanks to Digital Spy, and click it for a high-resolution version.