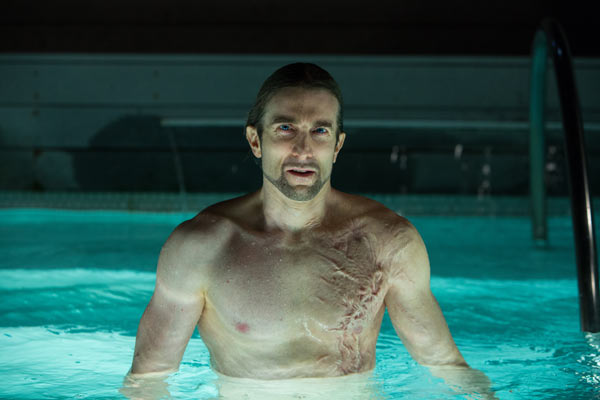 Considering Hollywood’s history, the prospect of a remake usually makes one shudder, and perhaps even moreso when the original clearly holds up. So, it’s with conflicted feelings that we approach a new take on Park Chan-wook‘s Oldboy. Coming from Spike Lee, who just wrapped his Kickstarter-funded feature in a brief 16 days, today brings new footage from the Josh Brolin-led feature.

First up, we have the debut clip (via ET) which shows a tense, early exchange between Elizabeth Olsen and Brolin’s characters. Then FilmDistrict have launched a contest involving one’s search for dumplings, which includes a video made up of new footage. Lastly, Dread Central point us to a few new stills, one revealing a scarred, villainous Sharlto Copley, and another with an apprehended Samuel L. Jackson. Check everything out below, along with a new poster.