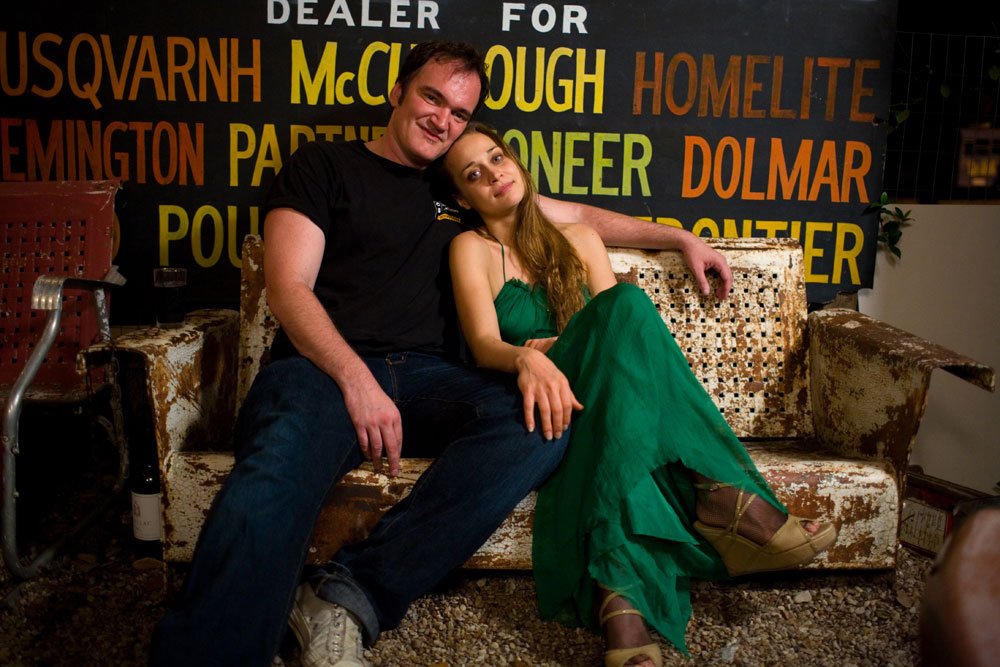 As her instantly acclaimed new album (and first in eight years) Fetch the Bolt Cutters arrives today, we’re digging into the Fiona Apple archives. Of course there is much cinema-related goodness to be had, but there’s one substantial item of note that especially deserves a look. A 2006 episode of the Sundance Channel TV series Iconoclasts featured the musician alongside Quentin Tarantino; one is deep into Grindhouse pre-production, the other is coming off of her third album Extraordinary Machine.

The Bruce Sinofsky-directed episode finds them reuniting in Austin after five years of not seeing each other, and while the days of Apple surveying QT and Paul Thomas Anderson on film-watching coke binges is hinted at but not discussed, there are plenty of memorable interactions. They talk about why they can need to take an extended time between projects and the pressure from outside forces that entails, as well as each other’s careers and their own.

It’s entertaining to see Tarantino so incredibly invested in the idea of Grindhouse not knowing the public reception that would follow, though we’re certainly fans of his contribution around these parts. In a section that perhaps hasn’t aged terribly well, QT equates directing with jerking off the audience and how his cinematic climaxes are like c*m shots. More eloquently, Apple opens up about facing her fears and conquering them through her music. And we won’t spoil towards the end of the episode, which features Tarantino truly showing his love for Apple’s music.

Watch the full episode in five parts below.

If you have yet to hear Fiona Apple’s incredible new album, give it a spin below: