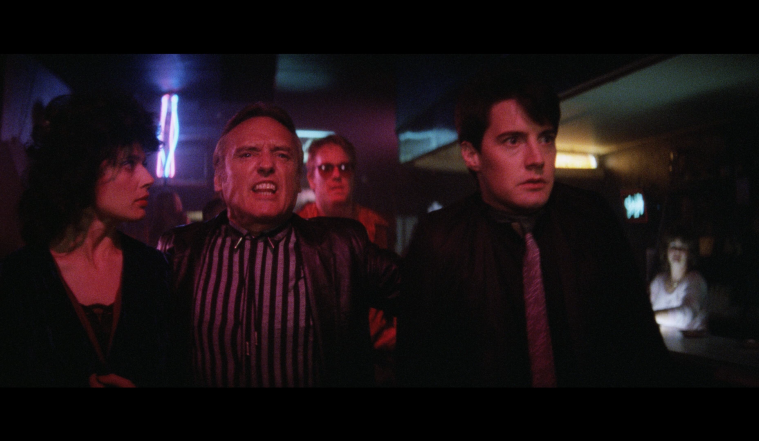 For more than two decades, few missing cinematic treasures could be said to equal deleted scenes from Blue Velvet — a treasure trove of lost strands and forgotten bits that, according to some reports, ran in equal length to David Lynch‘s full dark-hearted masterpiece. Amazing, then, that the seminal suburban nightmare was given a bit of further contextualization when, two years ago, a new Blu-ray restoration brought with it some fifty minutes of never-before-seen footage which, now, one can readily bask in without so much as purchasing a disc. (Though you might still wish to own the picture in 1080p, all other things considered.)

While yours truly has not had time to enjoy the full assemblage, to simply skim through and watch some few oft-noted, once-gone scenes — e.g. Jeffrey Beaumont at college, spotting a terrible act before receiving his fateful phone call — is a pleasure in and of itself; sadly, it may, too, be the closest we get to a new Lynch picture until… well, let’s not speculate. (Not right now, I mean.) Piecemeal in their presentation though they may be, these fragments are strange, mysterious, and beautiful — in short, a perfect companion to Blue Velvet. Here’s to your fuck, everyone.

Watch the selection below (via CinephileArchive):

What do you make of these deleted scenes? Do they at all inform your appreciation of Lynch’s picture?