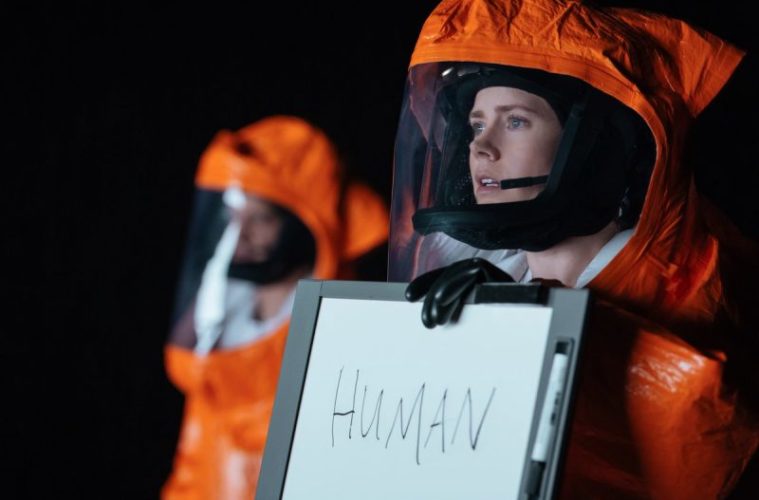 In a very short time we’ll be getting the first reviews for Denis Villeneuve‘s foray into sci-fi, Arrival, but first, following the trailer debut, the debut clips have landed. Featuring a linguist (Amy Adams) who is recruited by the government to glean whether or not an Alien race — which has just landed on Earth — comes in peace or desires blood, the clips look to be from the beginning of the film, as we get a great tease of a close encounter.

“What I love about the short story is that it has a lot of layers,” Villeneuve explains, referencing Ted Chiang‘s “Story of Your Life,” which Eric Heisserer adapted into feature-length form. “One of them that deeply touched me is this idea that someone is in contact with death. What would happen if you know how you will die, when you will die? What will your relationship with life, love, your family and friends, and with your society be? By being more in relationship with death, in an intimate way with the nature of life and its subtleties, it would bring us more humility. Humanity needs that humility right now. We are in an era with a lot of narcissism. We are at the point where we are dangerously disconnected from nature. That’s what this beautiful short story was for me –a way to get back into a relationship with death and nature, and the mystery of life.”

Speaking about working with cinematographer Bradford Young (Selma, A Most Violent Year, Ain’t Them Bodies Saints), Villeneuve says, “The guy is really hyper-sensitive. We created an approach that we call ‘dirty sci-fi’—which means that we were trying to create the feeling that this was happening on a bad Tuesday morning. We wanted to create a sci-fi movie that [gave you a feeling] like when you were a kid on the school bus on a rainy day and you’d dream while looking [out the window] at the clouds—that kind of atmosphere, getting away from the scope of the huge movies. Getting away from the spectacle. We were trying to make something delicate and light. Bradford brought a lot of humanity and beauty to the movie.”

Ahead of our review from Venice, check out the clips below for the film starring Jeremy Renner, Forest Whitaker, and Michael Stuhlbarg.