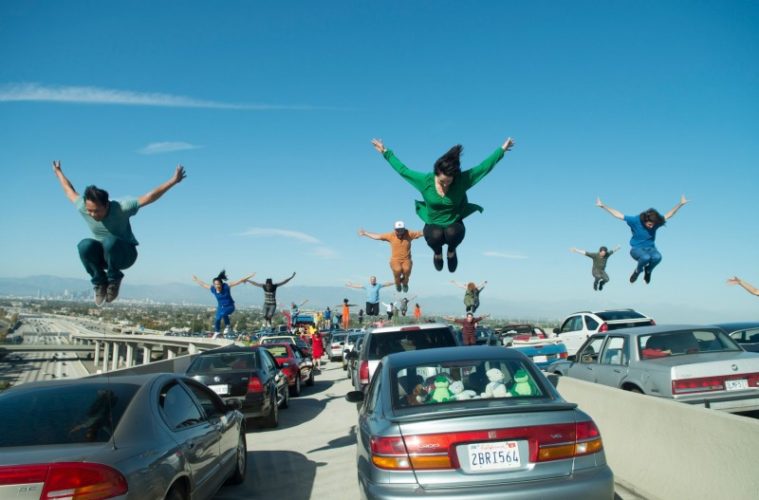 Nearing the $350 million mark worldwide, it’s safe to say that Damien Chazelle‘s modern musical La La Land is one of the biggest success stories of the last year — and that’s even before it certainly picks up a handful of trophies at the Oscars this weekend. As one can glean from any scene of the film, but particularly the musical numbers, an immense amount of preparation went into its creation. Today, we have the opportunity to see precisely how Chazelle and crew planned to kick off the film.

Before they went to the Los Angeles freeway to shoot “Another Day of Sun,” Chazelle, his choreographer Mandy Moore, and the dancers started in a parking lot. With no steadi-cams or cranes, in the footage one can see Chazelle acting as cameraman as he weaves in and out of the cars and dancers, along with side-by-side video of the final product. Considering how similar the results are, it’s quite impressive to his vision come to life, and the foundation of where it began.

“Ironically, we got the dance and the camera moves to such a precise layout in prep during the parking lot rehearsals, that I and my key collaborators almost got a little overconfident,” Chazelle tells EW. “In retrospect, that day saved us. I’d been using my iPhone camera during rehearsals but obviously a large crane is a lot more complicated than an iPhone. There were little things we hadn’t even thought about. The interstate ramp is slanted, it’s never flat. You’re dealing with the heat, the sun burning down on the car tops. And the crane, there’s heavy winds that high up.”

Check out the video below via USA Today as well as our podcast discussion if you missed it.