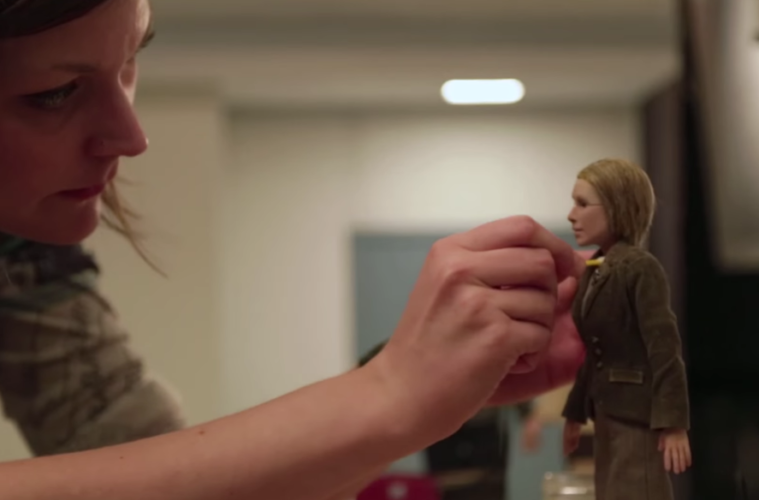 Creating 1,261 faces, over 1,000 costumes and props, and 118,089 frames of film over three years of production, Charlie Kaufman and Duke Johnson‘s Anomalisa finally made its debut at fall festivals this year, where it was thankfully picked up by Paramount for a release a month from today. We now have a great, brief featurette which highlights the painstaking, detailed work that goes into the gorgeous-looking stop-motion.

We said in our Venice review, “What exactly has been brewing in Charlie Kaufman’s head for the last 7 years? This heart-wrenchingly worrying film, it seems. After a slew of near misses, the singular screenwriter-turned-director is back with Anomalisa, his first film since the well-received but financially calamitous Synecdoche, New York in 2008. Based on a “sound play” developed by directors Kaufman and Duke Johnson, with input from longtime Coen bros. composer Carter Burwell, it is a coarsely unsettling, tragically profound, and often quite funny stop-frame animated picture that focuses on two lost souls who meet in a faceless hotel and share a one-night stand.”

Ahead of a December limited release and January wide release, check out the featurette below for the film starring Jennifer Jason Leigh, Tom Noonan, and David Thewlis. We’ve also included a 20-minute interview with composer Carter Burwell, who discusses Anomalisa, Carol, Mr. Holmes, Legend and Hail, Caesar!, and one can listen to his full score by clicking below or here.

Michael Stone, husband, father and respected author of “How May I Help You Help Them?” is a man crippled by the mundanity of his life. On a business trip to Cincinnati, where he’s scheduled to speak at a convention of customer service professionals, he checks into the Fregoli Hotel. There, he is amazed to discover a possible escape from his desperation in the form of an unassuming Akron baked goods sales rep, Lisa, who may or may not be the love of his life. A beautifully tender and absurdly humorous dreamscape, from the brilliant minds of Charlie Kaufman (SYNECDOCHE, NEW YORK) and Duke Johnson (“Community” episode, Abed’s Uncontrollable Christmas), this stop-motion animation wonder features the vocal cast of Jennifer Jason Leigh, Tom Noonan and David Thewlis and a stirring strings-based score by Carter Burwell.