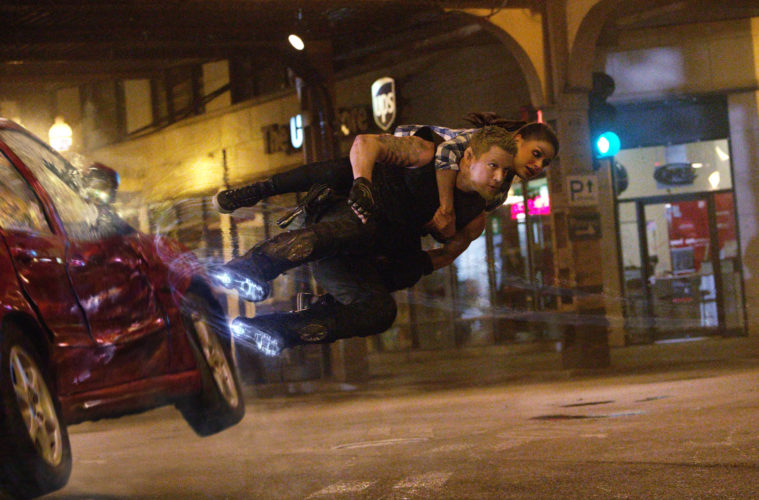 No matter how exactly it turns out, we can’t imagine there will be a stranger studio release all summer, let alone year, than Wachowskis‘ Jupiter Ascending. With Channing Tatum playing a half-wolf, half-albino that protects the queen of the universe, played by Mila Kunis, the first few trailers have sold a weird, visually lush space opera that only these pair of directors could deliver.

Ahead of a release in July, the first clip has now made its way online, and it shows Tatum’s character attempting to explain his “rocket boots” to Kunis before they take off for an adventure. It’s a simple dialogue exchange, so it’s hard to pin down what to expect, but was this technology the “the evolutionary jump from bullet-time” they were discussing? One can view it directly below and see a still of the objects in action above.

From the streets of Chicago to the far-flung galaxies whirling through space, “Jupiter Ascending” tells the story of Jupiter Jones (Mila Kunis), who was born under a night sky, with signs predicting she was destined for great things. Now grown, Jupiter dreams of the stars but wakes up to the cold reality of a job cleaning other people’s houses and an endless run of bad breaks. Only when Caine (Channing Tatum), a genetically engineered ex-military hunter, arrives on Earth to track her down does Jupiter begin to glimpse the fate that has been waiting for her all along—her genetic signature marks her as next in line for an extraordinary inheritance that could alter the balance of the cosmos.