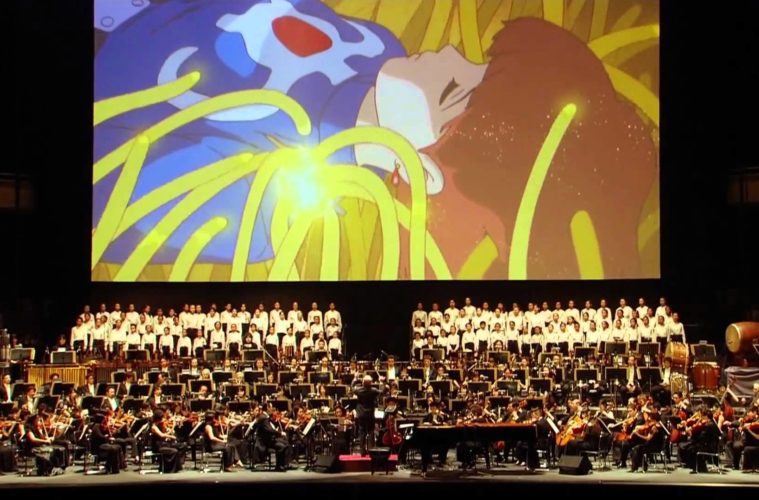 Say “Studio Ghibli” to any learned animation fan and it’s images, not music, that will first come to mind, the various compositions that supplement these defining features often buried by remembrances of Totoro and Princess Kaguya’s adventures. This doesn’t mean the music isn’t worth exploring and highlighting, of course, so let’s treat a two-hour concert led by mainstay composer Joe Hisaishi as a good crash course. Recorded in Budokan in 2009, it employs a considerable number of musicians, singers, choirs, and clips to trace 25 years of work, and the effort was made into an elegantly shot and edited collection.

More than a total pleasure to take in, it’s inarguably a strong addition to the Ghibli collection. If you’re in the mood for more from the still-recovering studio, I might suggest a recently posted letter sent to a fan who’d wanted some aspects of Spirited Away cleared up — though what you’ll actually learn from this is less certain. (“The letter explains that Chihiro’s parents turning into pigs symbolizes how some humans become greedy.” What? Holy cow!) If you wanted more from a not-exactly-vague work of art cleared up for you, however, feel free to enjoy at Rocket News.