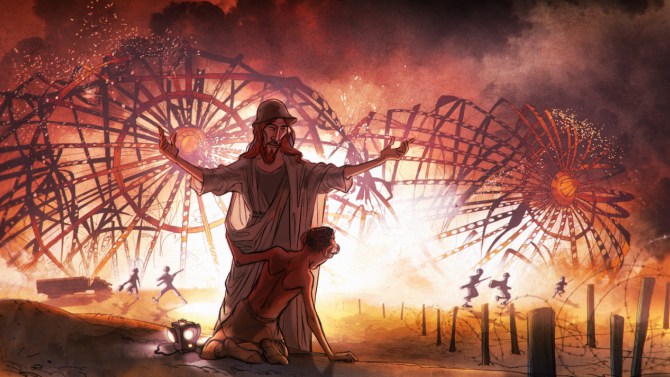 More than a year-and-a-half since news of its development first broke, Sylvain Chomet‘s new film The Thousand Miles is about to move forward. Reportedly a combination of live-action and animated material, it’s inspired by writings and drawings that Federico Fellini created from his dreams, and follows an early-80s-set plot concerning “a pair of ageing brothers who, separated by the twist and turns of life, reunite through their shared life-dream to compete in Italy’s Mille Miglia – a Brescia-to-Rome-and-back vintage car rally, said to be the world’s most beautiful road race.”

The animation process will call for combinations of 2D and CG material, and perhaps that vision can be partly understood through the concept art provided above — though an artist of Chomet’s exacting nature is certainly best understood via movement. Nevertheless, impending movement on this project — with storyboard and designs happening this month, and a cast (including “two iconic American actors with Italian roots” and newcomer James Lipsius) going to work soon after — is something to get us salivating.

In the meantime, have a look at the director’s early animated short, The Old Lady and the Pigeons, a high-quality copy of which has been uploaded to YouTube: