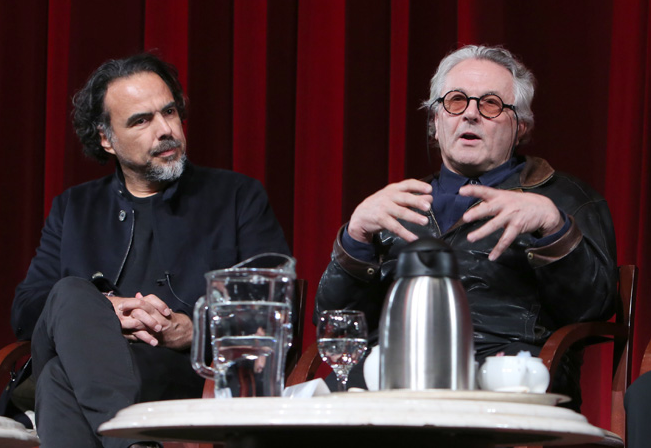 This past weekend, those in the Directors Guild of America were invited to their LA theater to watch to an extensive, comprehensive talk with the guild’s Best Director Nominees. Featuring this year’s DGA winner Alejandro G. Iñárritu (The Revenant), along with Tom McCarthy (Spotlight), Adam McKay (The Big Short), George Miller (Mad Max: Fury Road), and Ridley Scott (The Martian), the full talk now available online and an essential watch for those that want a look behind the filmmaking process.

As one might expect, Miller is the most insightful of the bunch. In one particularly great section, he talks about the influence Alfred Hitchcock had on his feature (which we named the best of the year), paraphrasing, “Suspense is when you expect something to happen and it doesn’t, and surprise is the opposite: when something happens when you don’t expect it. Surprise is only one moment. Suspense can last almost the whole movie.”

The conversation touches on virtually every aspect of filmmaking from casting to pre-production to shooting to post-production, and everything inbetween. While it’s unfortunate that Todd Haynes, Spike Lee, Quentin Tarantino, and more directors behind some of 2015’s best films didn’t make the cut, it’s a strong chat nonetheless. Check it out below in full, along with photos from the talk.

What did you think of the talk? What’s the best-directed film of 2015?