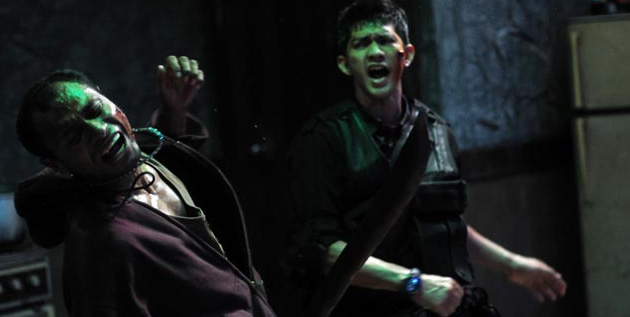 Welsh director Gareth Evans hasn’t had a typical filmmaking career. His first film Footsteps, released in 2007 by Unearthed Films, didn’t garner him much attention but it did lead to directing a segment for a documentary on Indonesia. It’s there that Evans learned about the martial arts known as Silat and met soon-to-be muse Iko Uwais. After partnering together for their first film Merentau, Evans then re-defined himself as one of the most exciting up and coming action directors in the game with The Raid: Redemption. The film has been wowing audiences (including us) since it first started appearing in the film festival stratosphere last year at Toronto. The positive word of mouth and audience buzz has led to a steadfast interest and rightfully so since the film is a lightning bolt of adrenaline into a genre that has been woefully lacking.

I was fortunate enough to sit down one-on-one with Gareth and discuss the intensive rehearsal process, creative shooting techniques and hard work that went into this labor of love. For filmmakers and people interested in behind the scenes information, we break down one of the most complicated shots in the film that involved a camera dropping between two building floors. Gareth also discusses his plans for a sequel to the franchise Berendal or as it will be known in the US, The Raid: Retaliation, in addition to discussing an American remake of The Raid. So check out the video interview below, this cool production blog with BTS videos maintained by Evans himself and be sure to seek out The Raid: Redemption when it releases in a theater near you.