Venice Review: Wife of a Spy is Well-Realized Wartime Drama from Kiyoshi Kurosawa 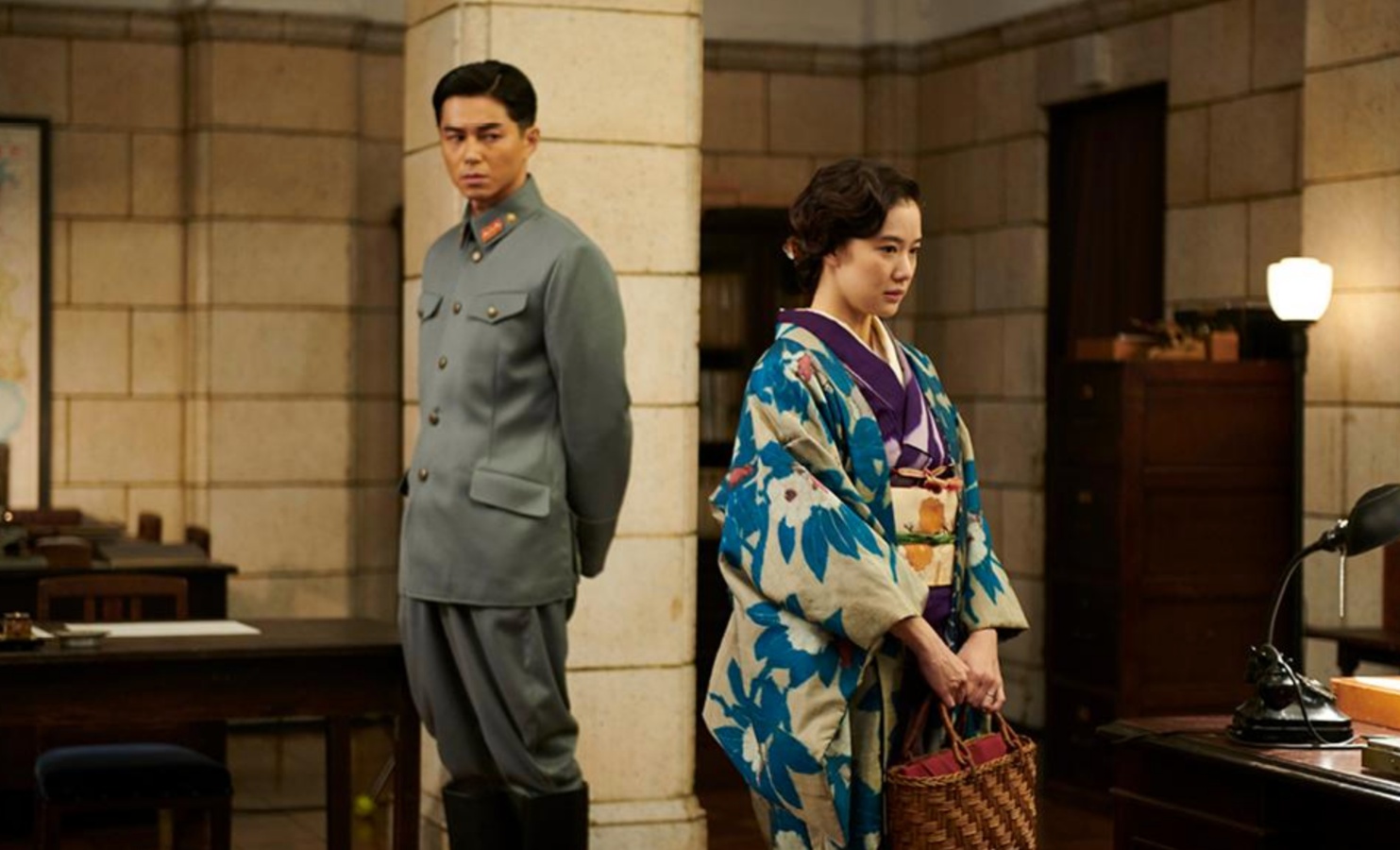 We’re in Kobe in 1940 on the eve of war. An English businessman is being forcefully ejected from his factory by a group of soldiers. “What has become of Japan?” he asks despairingly. So plays the opening sequence of Wife of a Spy, a world-weary wartime romance from Japanese filmmaker Kiyoshi Kurosawa about an affluent married couple who each must ask themselves a thorny question. Their country is at a crossroads, how best to respond?

Wife of a Spy is a tragic love story with feminist leanings and one in which Kurasawa looks to show us how warm human bonds can be lost amidst a conflict of ideologies. It is also about a time in Japan when burgeoning Western influences rubbed up against the rising nationalistic fervor, something the director expertly implies in his production––showing without having to tell.

Aoi Yu plays Satoku, the wife of a wealthy textiles merchant named Yusaku (Issey Takahasi). Near the beginning of the film, Kurosawa projects her immaculate face on a screen in black and white as Yusaku and his colleague watch on as if they were studio executives viewing the rushes of a silent film. Kurosawa will only reveal the real significance of these images much later on but the scene provides an immediate clue as to Satoku’s standing; she is someone to be watched if seldom listened to.

After his commercial successes in the early years of the ’00s, Kurosawa became an unlikely regular of the elite festival circuit and remains one of the only genre filmmakers to frequently appear at Cannes. Wife of a Spy does not necessarily look out of place in that trajectory, although it is amongst his most subdued films. (Some will call it “mature,” although he’d surely hate the implication. At 65, perhaps a war film is just the thing you do.) Fearing the imminent outbreak of war, Yusaku heads for Manchuria where he witnesses an atrocity that Kurasawa uses as the catalyst for a series of double-crosses and betrayals––which we naturally need not go into here. Suffice to say that a blinkered macho idealism guides the way for many of his characters, much to Satoku’s consistent misfortune.

This is a keenly realized piece of filmmaking and it’s not hard to appreciate the lengths Kurosawa has gone to create it, nor the fun he appears to be having with the time period, stretching out those creative talents with a shiny new box of tools. The use of costume is key, in terms of aesthetic of course, but also in making clear the contrast between Satoku and Yusaku’s Westernised sensibilities and the traditional clothes of their colleagues and friends. (Kurosawa makes us aware all too soon of which side of the war they will hope to end up on.) And even in these parameters, Kurosawa can’t help but go back to his roots––notably with a torture scene about halfway through as well as the film’s bombastic coda––a madcap sequence that ultimately veers towards the ridiculous.

Kurosawa has been around long enough to know how romantic arcs operate so it’s curious that the central romance here is so strangely muted and only sporadically moving (some of the blame for which must come down to Aoi’s oddly manic performance). The great tragedy of this film is more to do with Satoku’s standing in the world. The protagonists of Wife of a Spy often act out of character, which all bodes efficiently well for the film’s slippery web of conceit, but ultimately quells a great deal of something the film is otherwise lacking in: feeling. It is, for my money, Kurosawa in low key; an interesting inclusion to a wonderfully idiosyncratic career.

Wife of a Spy premiered at the Venice Film Festival.