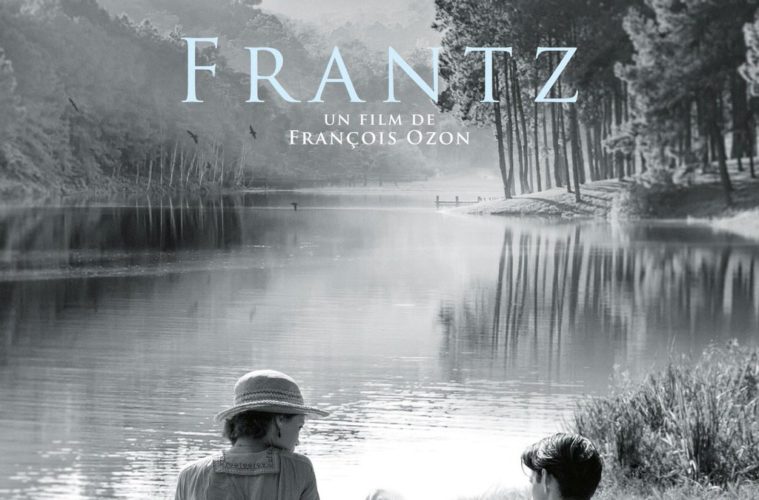 One can accuse François Ozon of many things, but lack of ideas isn’t one of them. The prolific French auteur is a constant presence at A-list film festivals since the late 90’s and has proved to be a true writer’s director, with his films often characterized by a meticulous construction and the vigorous thought process that goes on behind it. His latest, a remake of Ernst Lubitsch’s Broken Lullaby with a twist, juxtaposes themes of grief, guilt, forgiveness, and the deceptive, self-inventive qualities of narrative against the backdrop of post-WWI Franco-German tensions. It’s a heady hall of mirrors that keeps revealing, or at least suggesting new depths and angles. But while this kind of intense creative exercise no doubt deserves respect, ultimately one has the uneasy sense that things don’t really add up.

The movie begins as we meet Anna (Paula Beer) in the German town of Quedlinburg, who discovers a secret visitor at the grave of her fiancé Frantz, fallen during his deployment in France. Said stranger, Frenchman Adrien (Pierre Niney), is rejected outright by Frantz’s distraught, deeply antagonistic father as he first attempts to approach the family of his war acquaintance. Suspecting the young man might be able to shed light on Frantz’s last days, Anna overcomes the widely shared anti-Gallic sentiment to invite Adrien into their home. Sure enough, the remorseful soldier gladly recounted the time he spent with his German friend wandering the Louvre and practicing the violin. The stories provide immense comfort to the bereaved and bring Adrien ever closer to them, until one day he makes a shocking confession to Anna that changes everything.

In a year where the great Wim Wenders failed to crack into French cinema with The Beautiful Days of Aranjuez, the language barrier also manifests itself in the German-set first half of Frantz. Though delivered by esteemed German actors (Marie Gruber and Ernst Stötzner as Frantz’s parents), the language of the script feels stilted and the staging of the scenes unartfully deliberate. The production is little more than adequate, never quite evoking the flair of period Germany. That the mostly black-and-white photography strikes too modern a tone to give the imagery a properly aged texture doesn’t help either.

Once returned to his natural habitat, Ozon fixes the problems of authenticity and styling with relative ease, as the focus of the film shifts to the French countryside in a development he built on top of the original material. In this unexpected and better crafted extension to the story, a lot of what’s happened plays out again, only in reverse. This structural complication is clever in that it allows questions already raised about deception and identity to echo with added gravity. It also ensures the shadowy title figure to be the vital absence around which everything revolves. What’s unfortunate is that beneath such calculated moves to expand narrative possibilities, the multiple changes of mind and dynamics between the characters seldom come across as particularly convincing. While you marvel at the bold strokes with which Ozon plays with perspectives and layers, the underlying emotions aren’t connecting. César winner Niney (Yves Saint Laurent) is an exceptionally skilled performer but doesn’t have that much to work with in a role that turns out to be rather one-dimensional once the pretenses come off. Beer is among the fastest rising German actresses of her generation and displays remarkable physical control in individual scenes. The compelling, volatile presence required of such a meaty lead role, however, remains to be seen.

One must not look further than Swimming Pool and In the House to see Ozon’s fascination with fiction/perception and how he absolutely excels in tackling such subjects given the right material. Frantz suffers from an overzealous form and cultural translation difficulties. As enticing as it is to get lost in its dazzling sleight of hand, there’s too little to be found at the end to enlighten or even satisfy.

Frantz premiered at the 2016 Venice Film Festival and will be released by Music Box Films on March 15.