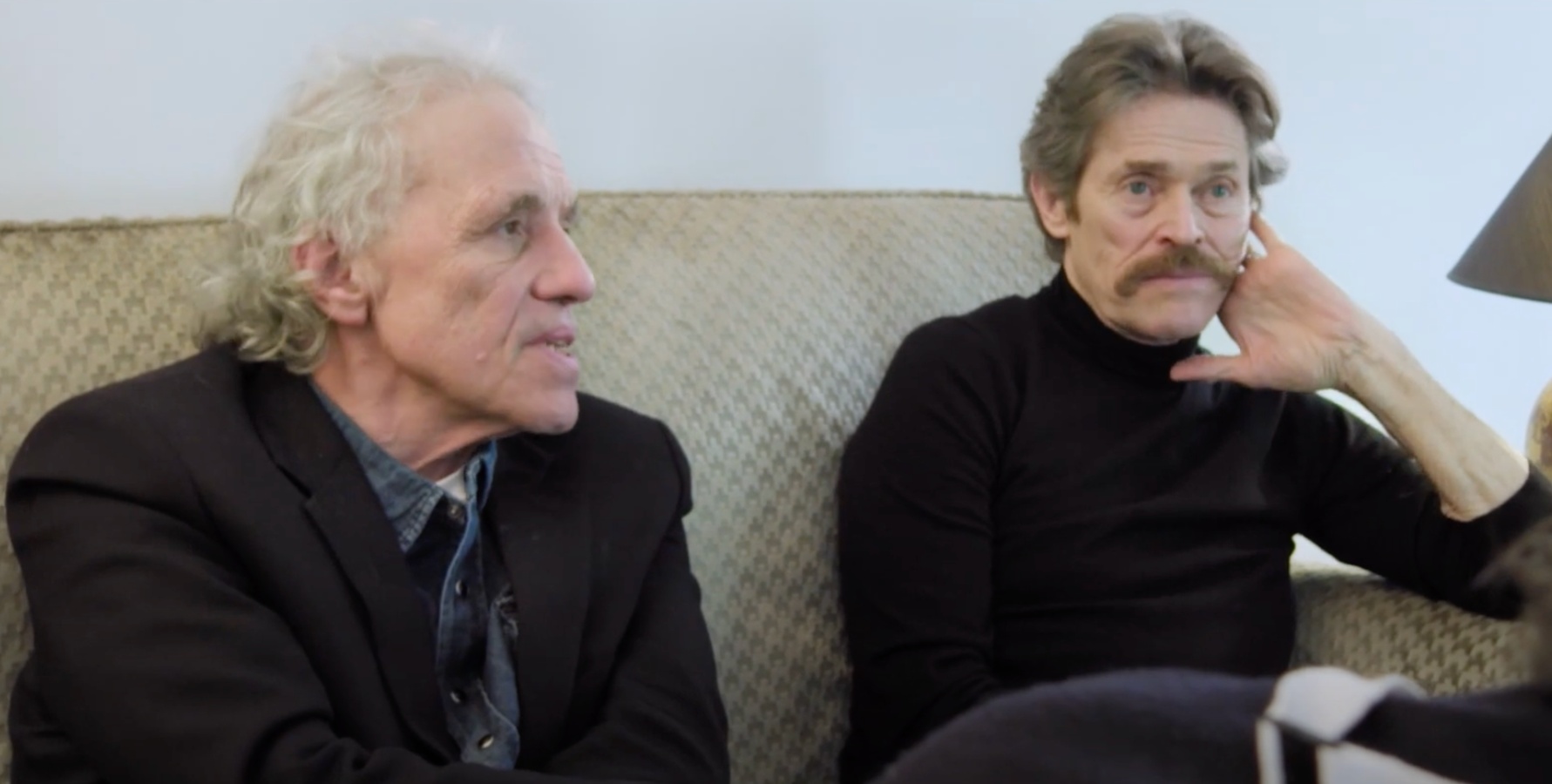 It’s late February and Abel Ferrara is sitting on the couch of a Berlin hotel room, slouched beside is his friend, muse, and confidante Willem Dafoe. They look as giddy and disinterred as schoolboys. Then a journalist asks a question regarding the director’s radicalism––to which Ferrara, suddenly alert, responds, “I don’t believe in psychology, I’m just looking for the next move.”

The line is a charming misquote from the former chess champion Bobby Fischer––who actually said “good moves” when asked about the mind games involved in playing the Russian Garry Kasparov. It could hardly matter less, although I do like the story. What’s interesting is that so much about late Ferrara could be distilled from this sentiment: his belief in not overthinking things and his willingness to throw his religion; his private life; his desires and addictions; and anything else at the wall to see what sticks.

Or put more simply, a man in creative flow. Lately, the maverick director has been enjoying one of the richest artistic spurts of his career. It’s odd to think, but there were five years between Pasolini‘s drawn-out release and Tommaso’s premiere in Cannes in 2019. (It was the longest stretch without a narrative feature in the four decades he has been working as a filmmaker.) Sportin’ Life, a new mid-length documentary directed by Ferrara with a pace and focus as wistful as its title, is a product of that spurt. It’s certainly entertaining and somehow admirable in that loose, infectious spirit. It is also nothing if not messy.

The interview is one of many featured from around the time of Siberia‘s premiere at the Berlinale earlier this year, where for better and worse it became the talk of the festival. Shot gonzo-style by cinematographer Sean Price Williams, it is the kind of footage that in any other set of circumstances surely have ended up on Siberia‘s inevitable home video release. Early on, Ferrara explains to the camera that he is making a documentary about making a documentary. But then some other notable things happened in the world.

The intention of the film thus became less frivolous in the months that followed his time in Berlin. The majority of Ferrara’s footage is taken from these press junkets––along with little looks backstage and to a concert Ferrara played with his band at Siberia‘s opening party. The rest is pulled from the headlines, Ferrara’s previous work, and from the director’s time quarantining in Rome. We see images of empty streets; emotionally exhausted front line workers; Trump’s various inactions; interviews with Anthony Fauci; and even the murder of George Floyd in Michigan and the resulting social upheaval.

The most endearing characteristic of late Ferrara has been his brutal honesty. He would surely be the first to attribute it to his sobriety, his shift to Buddhism, and his settled family life in Rome (Christina and Lucy, his wife and daughter, both feature strongly here). It could also be to do with the symbiotic bond he has formed with Willem Dafoe––his friend, actual next-door neighbor, and increasingly his embodiment on screen. (Starring back-to-back in Tommaso and Siberia, Dafoe essentially played the director’s ego and id.)

Sportin Life’ is clearly one for the fans, especially anyone with a particular cinephilic interest in Ferrara’s artistic way of life and vision of the world. There is footage of the Catalan director Albert Serra asking Ferrara an unmistakably Serra question during a Q&A. There is a potentially dicey snippet of Cinema Scope founder/editor and Berlinale programmer Mark Peranson wondering why Roberto Benigni just blanked him. If you like these sorts of glimpses of an insular world, you will most probably like this.