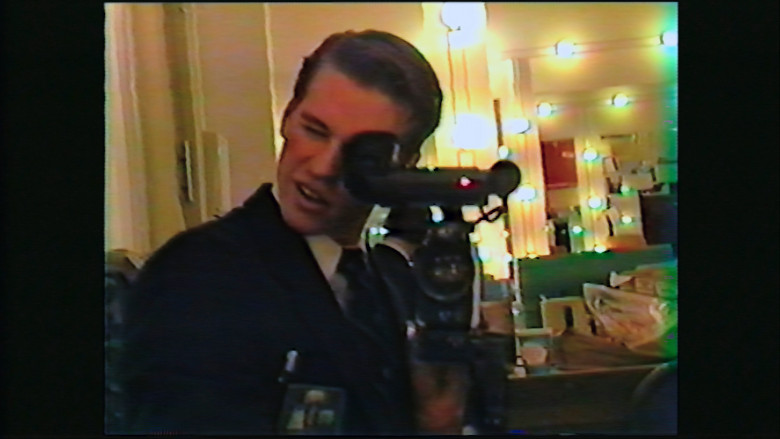 If, initially, I am not quite sure what to do with the knowledge that Val Kilmer has “amassed thousands of hours of footage” shot over 40 years, my being nonplussed is part and parcel of his oddball status—this is a guy whose latter-day passion project is a self-penned one-man show on Mark Twain. Though we mix and match iconic roles (Batman, Jim Morrison, third-billed in Heat) with a sad awareness of his time in the VOD trenches, Kilmer remains all the more sui generis for that combination.

Needless to say a documentary has emerged from it: Val, which premieres at the new, auteur-focused Cannes Premiere sidebar. Kilmer is, I suppose, the auteur in question, though said documentary is finally credited to Leo Scott and Ting Poo, whose work editing the decades of material with Tyler Pharo is on display in a first trailer. All looks fascinating and a worthwhile summation of this inscrutable career; better yet it opens on July 23 and hits Amazon Prime on August 6.

For over 40 years Val Kilmer, one of Hollywood’s most mercurial and/or misunderstood actors has been documenting his own life and craft through film and video. He has amassed thousands of hours of footage, from 16mm home movies made with his brothers, to time spent in iconic roles for blockbuster movies like Top Gun, The Doors, Tombstone, and Batman Forever. This raw, wildly original and unflinching documentary reveals a life lived to extremes and a heart-filled, sometimes hilarious look at what it means to be an artist and a complex man.