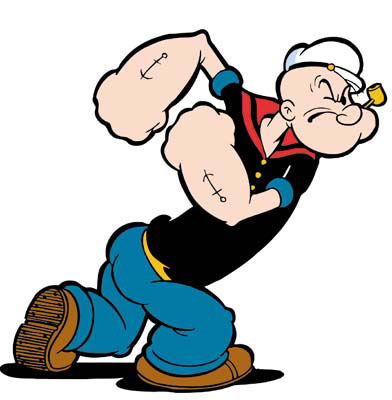 With all the adaptations being tossed around Hollywood these days, it’s not surprising that Popeye is being targeted next to get the 3D CGI update. While promoting his upcoming animated film debut Hotel Transylvania this week at TIFF, director Genndy Tartakovsky (Samurai Jack, Dexter’s Laboratory) has given us some food for thought on his take on the spinach-hungry cartoon sailor, thanks to IGN. Check out his quote below, where he answers how he hopes the film will connect with modern audiences.

“Well, that’s the biggest challenge, that’s exactly it. The only reason that I took it is that they gave me the script and I didn’t like it. […] And I said, ‘If you want me to do Popeye, it has to be broad physical comedy with half the dialogue that a normal movie has and you want it to be really visceral.’ And they said, ‘Yes, that’s what we want. […] So that’s the thing. We’re going to do it like ten times more cartoony than even what we did with Hotel T because that’s what Popeye is. But the biggest challenge is how do you take a tattooed, pipe-smoking sailor into today? So that’s a challenge that we’re definitely trying to figure out. How to make it contemporary, but not taking everything away from what’s been done.”

As we know, the Robert Altman-directed Robin Williams movie, while financially successful, was met with mixed reviews and hasn’t quite made a lasting impression. In many ways, the failure with the first film was precisely that it was a live-action musical, which never really seemed like the kind of Popeye I grew up with. The character IS a cartoon. He’s cartoony, he’s unrealistic, he’s a guy who is in love with a girl named Olive and is the hero of mothers everywhere trying to get their kids to eat their spinach. Hopefully Tartakovsky’s take indeed heads in the right direction.

Joining Tartakovsky on the project are screenwriters Jay Scherick and David Ronn (The Smurfs) and producer Avi Arad (The Spider-Man movies) and no release date is set.

Are you looking forward to this new Popeye?