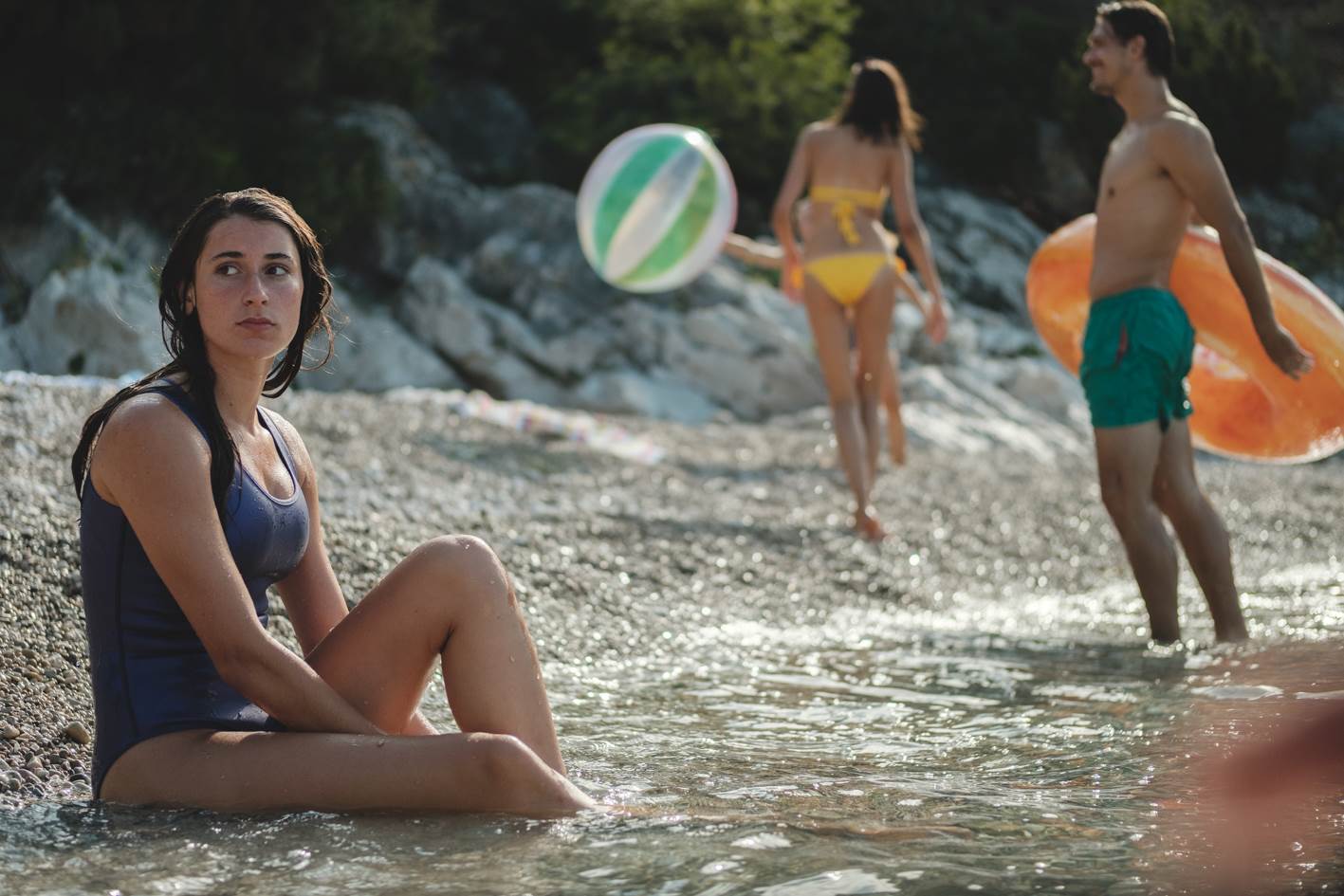 It’s nice seeing a movie grow from festival stand-out to full-blown theatrical release. Credit to Kino Lorber for taking up Murina, which won Antoneta Alamat Kusijanovic the Camera d’Or for best first feature at last year’s Cannes Film Festival and begins a U.S. run on July 8. An executive producer credit for Martin Scorsese and cinematography duties by Hélène Louvart (The Lost Daughter, Happy as Lazzaro) are one thing, but in Murina you’ll be most impressed by newcomer Gracija Filipovic, who engages in a strange game of flirtation with her father’s co-worker (Cliff Curtis) in deceptively picturesque locales.

Ahead of the release is a theatrical trailer that neatly sells the film. For a bit of context, our review says “The onscreen duplicity resonates in a way that’s universal; we can see everyone’s winks, scowls, and hesitation as they try to keep the peace opposite Julija’s rising impatience towards pretending peace was ever feasible anyway. Curcic, Lucev, and Curtis are each great as they toe the line between desire and reality, but Filipovic outshines them all as the one character who still possesses hope.”