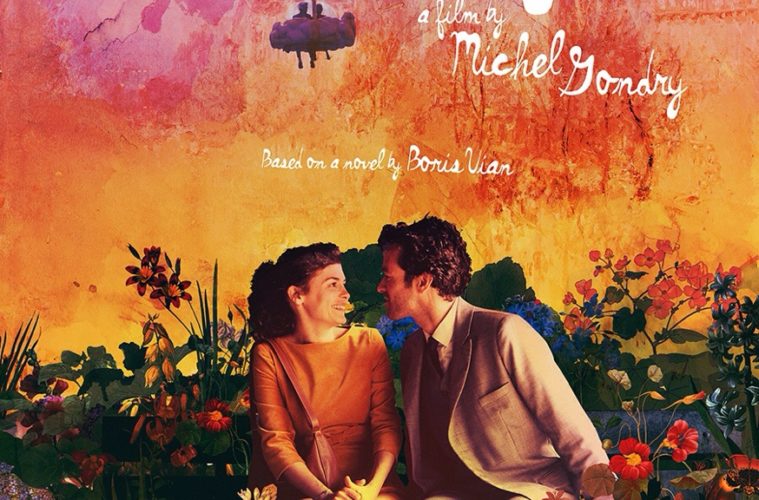 While it’s been over a year since Michel Gondry‘s latest film, Mood Indigo, initially premiered it’ll finally be touching down stateside this summer, albeit in a cut-down form. We were fans of the longer cut, saying in our review, “Whether it’s on account of the visual flair he showcases in this hyper-stylized alternative universe or, perhaps, through the frank manner some characters talk to each other, whimsical is the perfect adjective to describe Michel Gondry‘s latest film, Mood Indigo. Wild colors pepper the first half, and there’s an intense level of fun to be had throughout — but it’s not just visual flair. As we fall for our two leads, Chloe (Audrey Tatou) and Colin (Romain Duris), their profiles are intricately constructed. The latter, an extremely eligible bachelor, has a full-time lawyer who cooks for him in his wacky trailer apartment, never working because he has plenty of money.”

The first U.S. trailer and (beautiful) poster have landed today, but first we have an update on what Gondry is taking on next. Earlier this month he told Tel Quel that his next film is titled Microbes et gasoil (aka Microbes and diesel). He adds, “This is the story of two teenagers who are isolated from the rest of society because they are a bit outdated. To escape their boring lives, they make a car to travel through France.” No casting details yet, but shooting is expected to kick off this summer and in the meantime, one can check out the trailer and poster below for his latest film also starring Gad Elmaleh, Omar Sy, Aissa Maiga, and Charlotte Le Bon.