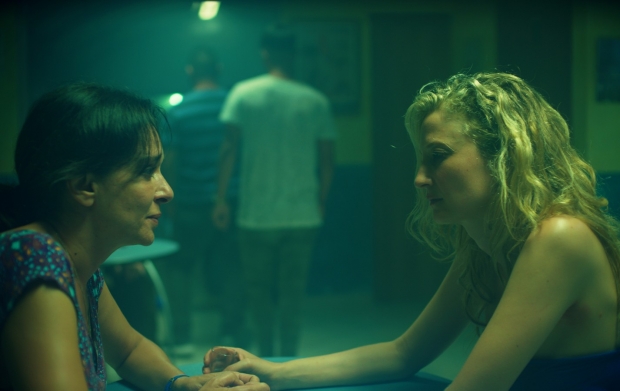 After her acclaimed debut Sworn Virgin, director Laura Bispuri returned last year with Daughter of Mine, which stars a trio of actresses: Valeria Golino, Alba Rorwacher, and impressive newcomer Sara Casu in an exploration of nature of motherhood in a variety of forms. One of the best 2019 films we’ve already seen, the U.S. trailer has now arrived via Strand Releasing ahead of a February release.

Ed Frankl said in his review, “While Daughter of Mine, unlike Bispuri’s previous work, isn’t what haughty critics would call an LGBT text, it does consider a how a family of two mothers operates –with largely absent male figures–and comes to nuanced and unexpected conclusions.’

10-year-old Vittoria’s summer will be one of two mothers to challenge, to hate, to love and to forgive. Shy Vittoria has a close relationship with her loving good mother Tina. But their quiet Sardinian life will be upset when the young girl discovers that local party girl Angelica is her birth mother. When Angelica is forced to move away because of financial troubles, she asks to become acquainted with Vittoria. Tina agrees, comforted by the idea that the woman will soon be leaving town. Searching for something deep and inexplicable, Vittoria and Angelica spend more and more time together against Tina’s will…

DAUGHTER OF MINE is the story of a young girl torn between two mothers. A story of imperfect motherhood and inextricable bonds, struggling with overwhelming feelings and dealing with wounds.

Daughter of Mine opens on February 1.