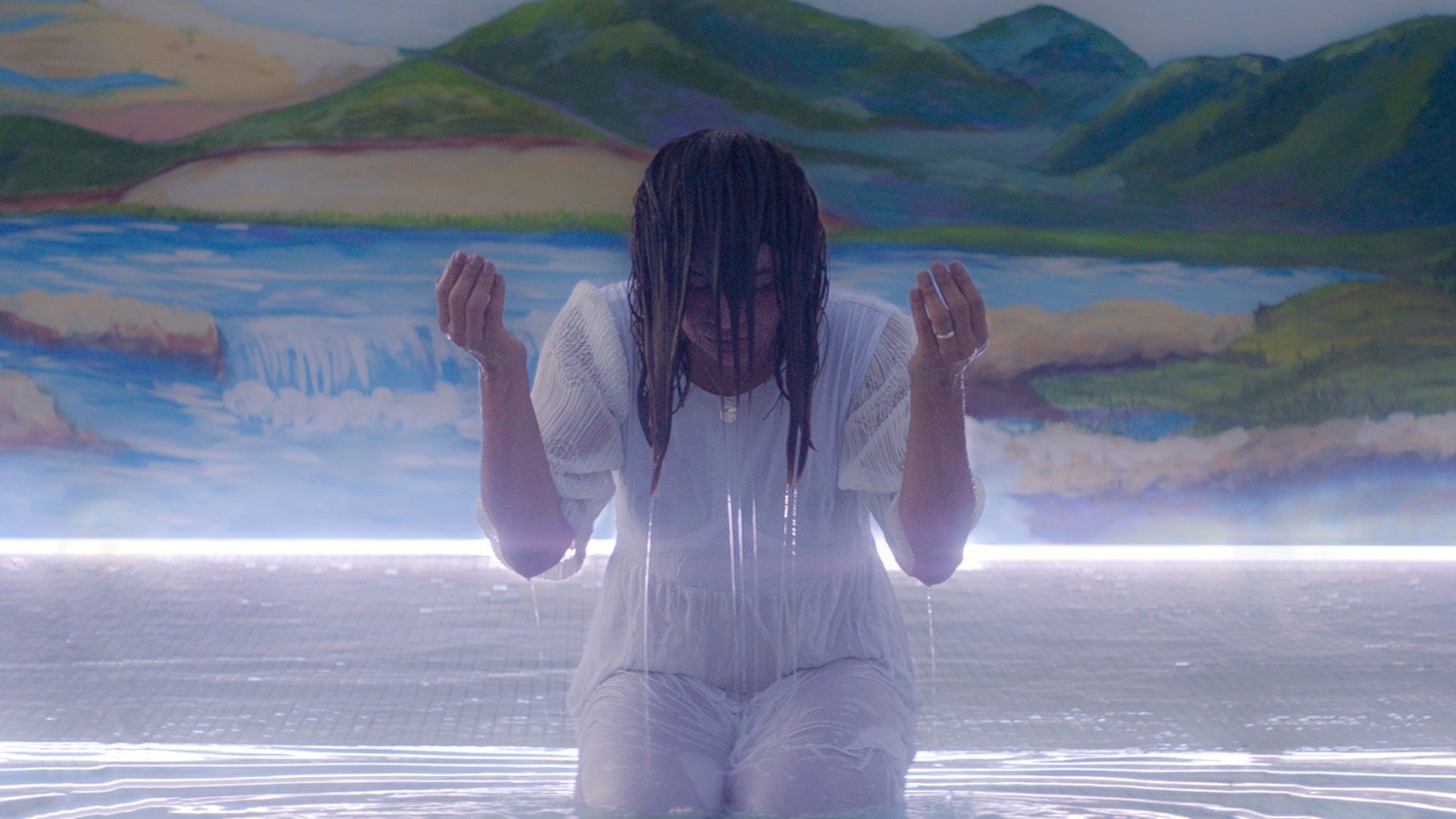 One of my favorite films of last year’s Sundance Film Festival is finally getting a U.S. release. Gabriel Mascaro’s strange, alluring Neon Bull follow-up Divine Love is set in the near-future of 2027 in Brazil, following Joana (Dira Paes), a deeply religious woman who is trying to conceive a child by any means necessary. Through his exquisite vision, Mascaro tells a curious tale of spiritual commitment, marital strife, and the blurred separation of church and state, leading to an ultimately surprising, powerful conclusion. Ahead of a November 13 release in theaters and virtual cinemas, the new trailer has arrived.

I said in my Sundance review, “After sprinkling magical realist touches in his prior film Neon Bull, the director’s imagination is once again deployed with full force here. With it being only eight years in the future, his predictions are rightfully minor but artfully woven into the environment for maximum realism. He imagines a city that is more industrialized (and polluted), with factories crowding the once-pristine beach vistas. In a dystopian fashion, the population is also more strictly controlled as metal detector-esque machines detect any unregistered fetuses–a constant reminder for Joana of her infertility. In her job at a notary for the government, she specializes in divorce documentation, which directly conflicts with her religious beliefs. She perpetually wishes of a hopeful reunion for her clients, attempting to convince them of the spark their relationship once had and to get back together, which is in direct conflict of the government’s separation of church and state.”

Divine Love opens on November 13 in theaters and virtual cinemas.