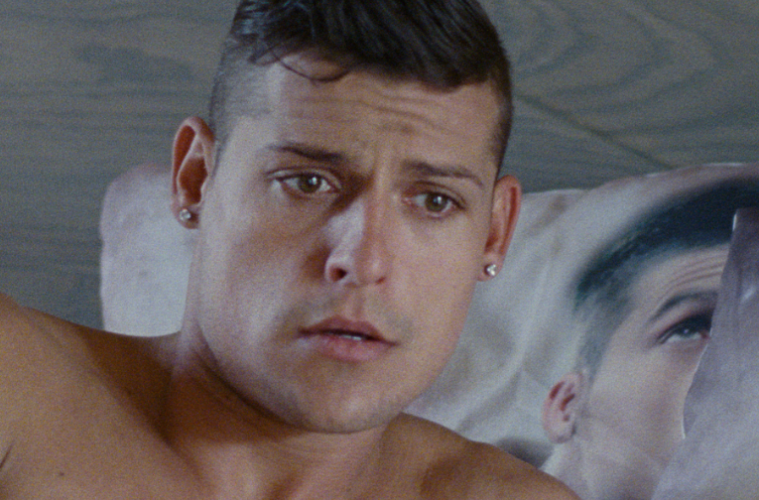 There will be no film precisely like Diamantino this year, a dazzlingly imaginative experience involving shaggy puppy-filled soccer game dreams, nefarious twins, the refugee crisis, and gender fluidity. Directed by Gabriel Abrantes and Daniel Schmidt, following a healthy festival run–which included Cannes (where it picked up the top Critics’ Week prize), TIFF, and NYFF–it’ll now arrive this month via Kino Lorber and the trailer and poster have landed.

Rory O’Connor said in his review, “In their first full feature as co-directors, Abrantes and Schmidt are nothing if not ambitious and have jam-packed this screenplay with enough conspiracy, femme fatales, and bio-domes to suggest Ian Fleming was on board as script supervisor. Unlike the real-life Ronaldo (fair is fair), Diamantino is not exactly the sharpest knife in the drawer and, regardless of whatever debt it may owe to Derek Zoolander, Cotta’s perfectly dim performance will provide much of the film’s laughs.”

See the trailer and poster below via Indiewire.

Alone or in collaboration with one another or other like-minded collaborators, over the last several years directors Gabriel Abrantes and Daniel Schmidt have created some of the most hysterically deranged short films out there, and their feature debut doesn’t disappoint in its heady blend of political satire and gender-bending sexual anarchy. Tabu’s Carloto Cotta gives the finest comic performance in recent memory as the dimwitted Portuguese soccer superstar of the title, a burlesqued version of Christiano Ronaldo, swept up in a complicated comic conundrum involving the refugee crisis, Secret Service skullduggery, mad science genetic modification, and a right-wing anti-EU conspiracy. Smart, sly, and sweet, and featuring the biggest stampedes of fluffy puppies you’ve ever seen, it’s the high-camp masterpiece of 2019!

Diamantino opens on May 24.