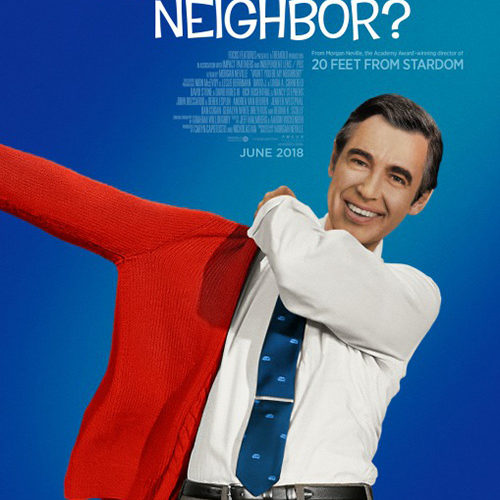 True/False Review: ‘Won’t You Be My Neighbor?’ Embraces Sentimentality Over Complexity

When Fred Rogers sang the iconic title song of Won’t You Be My Neighbor? at the beginning of the documentary, a chorus of audience members singing along rose up around it. For multiple generations, Rogers’ PBS program Mr. Rogers’ Neighborhood cannot be separated from childhood itself. The film can easily coast on sentimentality and nostalgia for emotion, and does so frequently and unabashed. Which is frustrating, since there are glimpses of a more complex human being throughout the film, one who would have made for a much better subject.

In the 15 years since his death, Rogers has evolved in the internet age into an unusual meme, his image and quotes invoked as shorthand for goodness and decency, often for the purposes of inspiration or reassurance. Think about how many times you’ve seen his “Look for the helpers” speech in the aftermath of a tragedy. He’s a modern saint, with no one bothering to muster any criticism of the man (although we’re sure to see some contrarian hot takes on that matter when this film hits theaters, count on it). It is difficult to biographize such an apparently perfect figure, and Won’t You Be My Neighbor? settles for the traditional “And then this happened, and this, and this was important to him because this other thing happened in his childhood, and then…” model.

An intriguing route Morgan Neville chooses not to follow too far is its assertion that Mr. Rogers’ Neighborhood is a more sophisticated piece of work than most people give it credit for. In contrast to most children’s entertainment, Rogers insisted on leisurely pacing, gentle tones, and above all treating young viewers seriously. His supposed key to connecting with young children was his ability to empathize with their point of view and create things that worked on their level. And clips from the show support this, demonstrating a mesmerizing command of deliberate gestures and dialogue beats. Mr. Rogers’ Neighborhood is in fact masterful slow cinema for tots, and no, I’m not joking. But Won’t You Be My Neighbor? is only interested in this insofar as it can support the film’s assertion as to how amazing Fred Rogers was. In one aggravating sequence, it breaks up a tender moment from the show in which one character reassures another that he is a worthwhile individual, even with all his faults, with needless commentary explaining techniques that the film should have already trained the viewer to recognize. It also brushes by any details of Rogers’ life which suggest a more complex or flawed individual, such as his sometimes seemingly megalomaniacal devotion to his “mission” or his pressuring a gay cast member to stay closeted. Despite his bland, wholesome image, there are enough hints of a better portrait that could have been made of Rogers to render this one a disappointment.

Won’t You Be My Neighbor? screened at True/False Film Festival and opens on June 8.