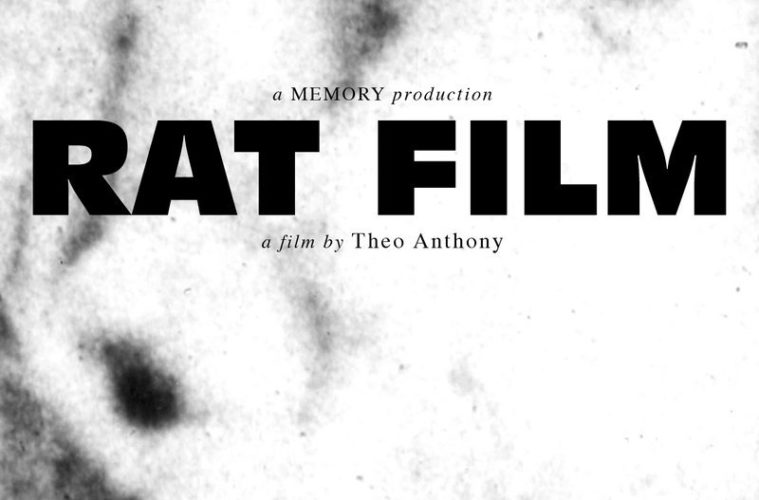 True/False Review: ‘Rat Film’ is One of the Year’s Most Original Films

A horror movie. A nature documentary. An anthropological study. A history lesson. A social justice statement. All plus more. Rat Film is one of the most original films of the year, fiction or nonfiction, and it made me feel both as if I had learned a semester’s worth of knowledge and bereft of any idea as to how society’s problems can be mended.

The problem in question is not, as one character says early in the movie, a rat problem. “Baltimore’s never had a rat problem; only a human problem.” Rats, biologically similar enough to humans to act as ideal medical research test subjects, live in symbiosis with us. Where we fail to effectively organize our living conditions, they thrive. And they perhaps mirror us on more than a physical level. One scientist constructed a “rat city,” which over time exploded in population and then became striated into castes. Adipose alpha rats lived well with masses of females in the upper levels while peasant rats tore each other apart for scraps down below. In Baltimore, in neighborhoods whose economic destines were set in stone by redlining nearly a century ago, people deal with the pests in their own novel ways, in between the basic steps for everyday survival.

Rat Film switches between their stories, anecdotes about rat studies, lessons on economic inequality throughout the 20th century, and far stranger things. We get a first-person tour through crude CG video game recreation of Baltimore, and get to see a starry void when the camera clips through the seams of the environment. In the same way, director Theo Anthony approaches this topic not from any one or two traditional angle but from every possible angle, turning it inside-out and observing from outside dimensions. We see dollhouse recreations of crime scenes in an archive of forensic science, and then a larger version of such in a training center for forensic investigators. The line between the human’s-eye and rat’s-eye view rots as you watch.

Presiding over all is the unnervingly calm voice of a female narrator, who speaks not as if delivering exposition but like an AI instructor from a thousand years in the future. Even as the audience gets to absorb the past with dispassion, their own present is treated in a similar manner. The social problem of poverty will persist, but the current particulars of that problem will one day be artifacts, to be learned with unemotional diligence by whoever cares to look back.

And then there is the visceral revulsion at that which crawls or creeps. Few documentaries cut to their titles from a jump scare, but Rat Film is swarmed with filthy vermin. Even the cute pet rats we meet induce unease, seeming less domesticated than inappropriately appropriated. And then there are the rats who live mere days or hours before being fed to snakes…

Rat Film stalks between being repellent, riveting, and darkly humorous (you will learn so many ways to kill rats, including with a fishing rod). It’s an experimental documentary that’s unusually accessible, even if it will turn many a viewer’s stomach. Ultimately, it’s most haunting not for its vision of urban decay, but for its wistful positing of an ideal society which is able to erase it – contrasted with the stark light of reality.

Rat Film screened at True/False 2017 and will be released by Cinema Guild on September 15.