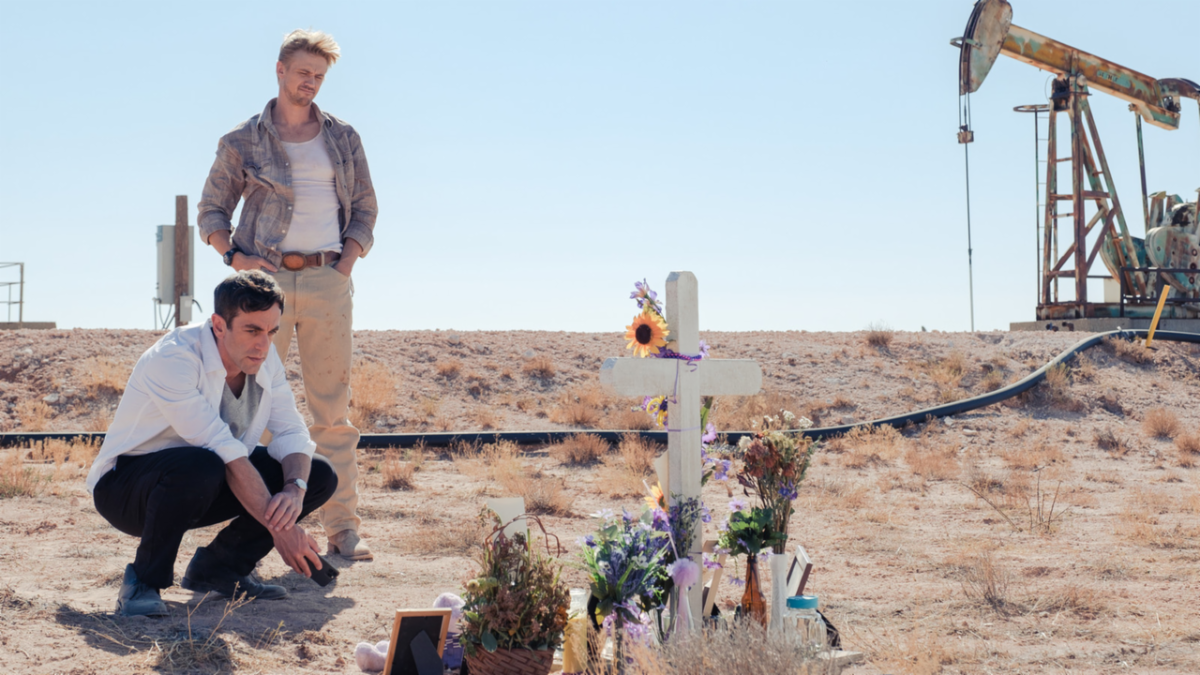 Despite its generic title, B.J. Novak’s feature-directing debut Vengeance is a smart, subversive fish-out-of-water comedy about a stereotypical coastal elite that gets intellectually catfished into traveling to a remote Texas town complete with a rodeo and Whataburger, seemingly the defacto town meeting place.

Novak plays Ben Manalowitz, a Brooklyn-based writer for the New Yorker and Bumble power user who dreams of branching out into podcasting, though he just hasn’t had his big break. After trading witty quips with famed ladies’ man John Mayer at a rooftop party about the first-world problem of having too many beautiful women in your phone to keep track of, he meets Eloise (Issa Rae), a producer at a podcast network modeled on NPR.

In the middle of a one-night stand Ben receives a random call from Ty Shaw (Boyd Holbrook), the brother of Abilene (played in flashbacks by Lio Tipton), a girl he used to casually date from a small town in Texas. She’s recently passed away and Ben is guilt-tripped into traveling to Texas for her funeral—and perhaps to solve her murder.

Inspired and perhaps seduced by the colorful small town and the Shaw family, he decides to stay around, pitching the idea for a podcast show (working title: Dead White Girl) to Eloise, who agrees to let him run with it. Initially recording the sights and sounds with his phone, he’s sent the essentials: his coffeemaker from Brooklyn and a real audio recorder.

Setting up shop in Abilene’s room, he’s embedded within her family with the goal of finding out the truth. He pledges, in his own coastal elite way, that he will “find the person or generalized socialite problem and define it.” At first he appears to be at an impasse. Her body was dumped at the infamous “after party” spot, a patch of land where no one––the local PD, sheriff, highway patrol, and border control––can seem to agree who has jurisdiction in a hilarious montage of dead-ends.

Tracing back her brief music career, he meets with the perceptive Quentin Sellers (Ashton Kutcher) a record producer who has built a mini-oasis in the middle of nowhere. Seduced by his charm and his theory that everyone around here is “a bright star with no outlet”—this to explain opioid abuses and belief in conspiracy theories—Ben begins seeing the town in a new light.

Despite premiering at Tribeca and not in the heart of liberal Texas at SXSW, Vengeance‘s allegiance sometimes shifts between Ben and the small town where “Bless You Heart” becomes the passive-aggressive way of flipping someone off. The film doesn’t necessarily look down upon the colorful family, which includes aspiring filmmaker Paris (Isabella Amara), wannabe celebrity Paris (Dove Cameron), and little brother El Stupido (Eli Bickle)––called that because, after all, “he doesn’t understand Spanish.” If anything, Ben and coastal elites get their comeuppance as a fish out of water in a hyper-masculine town where the University of Texas is the enemy.

Tackling the tension and political divides between rural and urban America, Novak draws upon his experience observing the absurd interactions of characters thrown together from his first big gig (writing and co-staring on the beloved sitcom The Office), fashioning a self-aware Texas noir that tackles disconnection and hookup culture in its own wise and perceptive way. Despite a few questionable moments in its third act as Ben challenges his inner alpha male, Vengeance is a refreshing, self-aware take on a man who sets out to define a societal problem and is met with evolving redefinition.

Vengeance premiered at Tribeca Festival and opens on July 29.