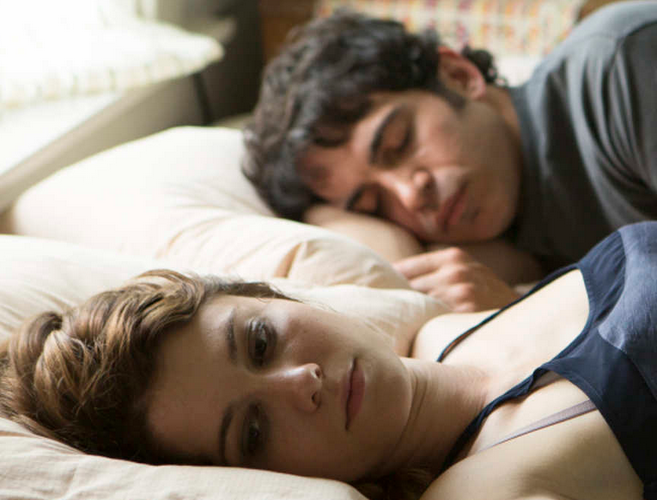 After working with Woody Allen, Noah Baumbach, Sam Mendes, Ben Affleck, and more, the perpetually employed Chris Messina has gathered a wealth of knowledge behind the camera, culminating with his assured directorial debut. Premiering at Tribeca Film Festival, Alex of Venice is an honest portrayal of the aftermath of a crumbling marriage. Coming to the end of their ten-plus year relationship, workaholic Alex (Mary Elizabeth Winstead) learns that her husband (Messina) needs time apart, seemingly frustrated at himself with his recent role of “housewife.”

This leaves Alex to balance caring for their son (Skylar Gaertner) and aging father (Don Johnson), who reside in her home, all while leading her professional life of an environmental attorney, currently embroiled in one of the office’s biggest cases yet. Showing up for a blip at the start and then absent for much of the rest of the film, Messina focuses solely on Winstead’s character and and the reshaping of her life following their split. The well-constructed script from Jessica Goldberg, Katie Nehra and Justin Shilton reflects a relationship with both parties taking the blame, and instead of a major blow-out and its tumultuous aftermath as seen so often depicted, they understand that they’ve drifted apart as Messina’s character simply vanishes. With no references to the precise amount of time he’s gone and no jumping back to his point-of-view, Winstead is emboldened in one of her finest performances yet. As she emotionally articulates this transitional period, we find her exploring new romantic options, struggling with achieving stability.

Unfortunately, a few of the subplots leave more to be desired. A burgeoning relationship with her rival party in the lawsuit, played by Derek Luke, feels conveniently forced, and a visit from her erratic sister Lily (Nehra) treads sitcom-y territory, both distracting from Winstead at the center. Perhaps most touching is Johnson, playing a pot-smoking, fledging actor who recently got nabbed a part in theater adaptation of Anton Chekhov’s The Cherry Orchard, only to discover he’s been diagnosed with Alzheimer’s disease. While his resolution is, once again, a bit too obvious, it’s the sort of fleshed-out role he deserves more of nowadays.

Handsomely crafted with cinematography by Doug Emmett (who worked on Monogamy and 28 Hotel Rooms with Messina) and a fitting, low-key score from composer David Wingo, Alex of Venice might not break any new bounds in storytelling but it’s a confident exploration of a traumatic life change. One wonders if we’d be as positive if the talented Winstead wasn’t at the center, but with her formidable performance and a satisfying conclusion, Alex of Venice is hopefully the first step leading to more substantial works from Messina.