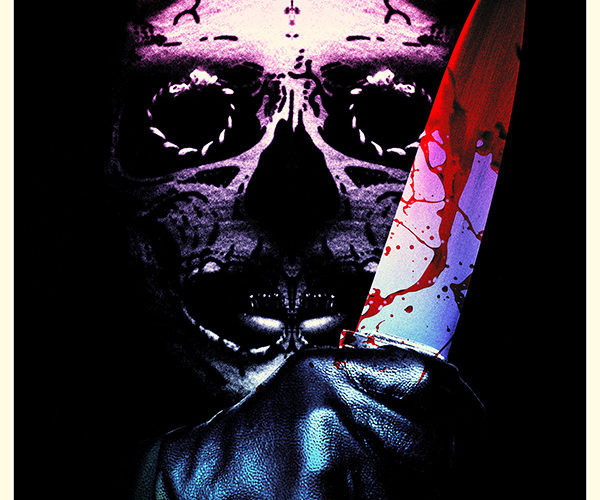 The film opens on an affluent white couple living close enough to the Mexican border for another character to later say, “You can’t open the door to strangers in today’s society.” They’re awoken by three men in masks made to look like MS-13 gang members, dragged out, and put in the trunk of a car before being shot dead by the side of the road. The MAGA allusions are therefore present from the start with pretty Malibu types falling victim to violent “cholos” for what appears to be no other reason besides the bloodlust Fox News’ fear-mongering editorials have told conservative Boomers is coming if they don’t remain vigilant. We eventually discover they’re actually after a photograph, but that’s just an excuse to let these racist stereotypes shine. I say this because writer Corey Deshon and director Orson Oblowitz never provide a motive beyond terror in Trespassers. That’s not necessarily a bad thing in isolation, but it’s tough to dismiss as unintentional when the damaging tropes it leans on are so prevalently being exploited for those means. When the only brown people involved are the ones wreaking havoc with machetes, ethnically compromised costuming, and a menacing color to their Spanish because of its unfamiliarity to their victims, you have either exposed a glaring blind spot in how you view the world or proven your underlying bigotry. I’d like to think it’s the former, but even then it would be difficult to give the filmmakers the benefit of the doubt because ignorance isn’t a good enough excuse anymore.

So here we are with the promise of these men’s return looming when the film shifts to a quartet that’s rented the aforementioned tragic couple’s home for the weekend. Sarah (Angela Trimbur) and Joseph (Zach Avery) are here to work through emotional trauma far from the place where it was born while her oldest friend Estelle (Janel Parrish) and boyfriend Victor (Jonathan Howard) were invited to add some spice. Unbeknownst to Sarah, however, that promise for excitement goes beyond a party hard sensibility of drugs and alcohol to include a still hidden one-night affair shared by Joseph and Estelle. But before those fireworks can explode, a knock at the door introduces a stranger (Fairuza Balk) to the equation. Kindness and suspicion soon join forces for a nightmarish outcome. Sarah’s altruism lets this neighbor in to make a phone call (cell reception is non-existent in the desert) while Victor almost blows a gasket (in large part due to the cocaine exacerbating his already MAGA-strong feelings of paranoia when it comes to trusting anyone who could be a sanctuary city-loving liberal with Mexican rapists and murderers in tow). Balk’s character seems pretty nice, though, talking about her young son back home and sharing some relationship advice to break the ice in an attempt to warm her hosts up. One thing leads to another (an accidental death) until tensions ratchet even higher with a gun suddenly in play. The pretty white people (Parrish being half-Chinese notwithstanding) begin turning on each other as fear takes hold and the police arrive.

All this happens and yet we can’t forget the fact that those gang members are still out there waiting to throw a wrench into the proceedings. Will Sergeant Daniels (Carlo Rota) and Officer Ramirez (Sebastian Sozzi) protect the would-be victims or discover something fishy is going on? Since Sarah and company can no longer tell the truth about what’s been happening because of a dead body hidden in their bathtub, their lies make them more suspicious than the woman that forced them to dial 911 in order to remove her from the house. Before the fireworks of this current predicament can ignite, they’re interrupted yet again. This time it’s by the mask-wearing killers for whom we’ve grown tired of waiting by this point. It’s one thing erasing another. What follows are generic slasher machinations wherein allies become enemies and sure-fire deaths are replaced by miraculous recoveries for purely narrative purposes. More bodies fall, the hunt for that photograph reconvenes (the one Sarah already stumbled upon inside the room clearly labeled “dark room” as a dead giveaway of potentially storing any such photo someone might be searching to find), and everything we’ve learned about our quartet of visitors in the wrong place at the wrong time is rendered inconsequential because Trespassers has always been about anonymous assailants terrorizing blandly hollow bystanders. Having the latter get their hands dirty before fighting for their lives doesn’t make them more interesting. On the contrary, it makes them less so because their actions are born from the filmmakers’ necessity rather than their own.

Do we care that Victor has obviously been abusive to Estelle? Only as far as it allows him to be abusive to everyone else—the thing Oblowitz tries to ruin by giving him remorse as evidenced by puking post-murder. Do we care why Sarah and Joseph are so distant from each other emotionally? No. There’s no payoff to this at all besides creating the circumstances that would be conducive to making an affair possible (a barely significant detail itself). These two couples are literally here to be targets and are thus more frustrating than not whenever they unsurprisingly escape the multiple harrowing moments of homicidal fun. And because they have no real relationship to the photo in question, this encounter’s sheer randomness is proven anticlimactic from the start.