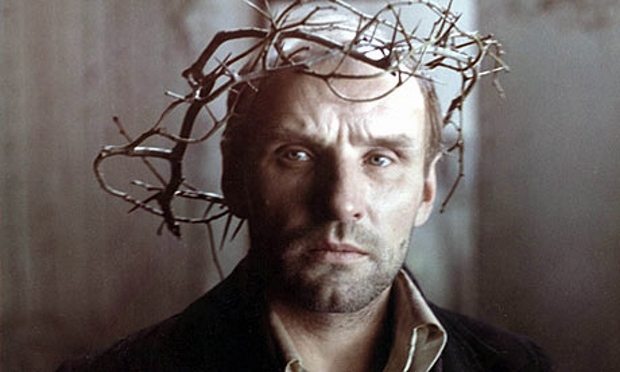 My nightly blood sacrifices seem to have finally paid off — or perhaps the world has finally wised up — for Criterion just announced that Russian slow-cinema maestro Andrei Tarkovsky‘s euphoric, perplexing masterpiece Stalker will be getting the 2K restoration treatment it so clearly deserves. (The same restored version will be screening at the Film Society of Lincoln Center for a one-week run starting on May 5, immediately followed by Solaris.)

With this news comes a new trailer, coated in glorious HD that brings tears of unspeakable joy to my eyes. The definition is so crisp, bringing to life Tarkvosky’s singular vision in such vivid presentation, that even a car blasting T.I.’s “Whatever You Like” out the window in full anachronistic fashion cannot stop me from being transported to a dark, strange place known as The Zone.

All personal digressions aside, Criterion’s restoration is a stunning achievement that hopefully introduces new generations to a roadside picnic worth having. Stalker lays out a cinematic canvas unlike any today, led by Tarvosky’s unwavering confidence in philosophical musings and intense atmospherics that unfolds over 142 shots of pure genius — the kind of thing that makes you fall in love with cinema for good.

See the trailer below (with a nod to The Playlist), along with a poster and full tech specs below, and an extended discussion with Walter Murch & more here. You can pre-order Stalker here (and, though it seemed to fly under the radar, it is currently streaming in HD on FilmStruck).

Andrei Tarkovsky’s final Soviet feature is a metaphysical journey through an enigmatic postapocalyptic landscape, and a rarefied cinematic experience like no other. A hired guide-the Stalker-leads a writer and a scientist into the heart of the Zone, the restricted site of a long-ago disaster, where the three men eventually zero in on the Room, a place rumored to fulfill one’s most deeply held desires. Adapting a science-fiction novel by Arkady and Boris Strugatsky, Tarkovsky created an immersive world with a wealth of material detail and a sense of organic atmosphere. A religious allegory, a reflection of contemporaneous political anxieties, a meditation on film itself-Stalker envelops the viewer by opening up a multitude of possible meanings.
1979 * 161 minutes * Color * Monaural * In Russian with English subtitles * 1.37:1 aspect ratio